“A knock at the door changed my life. I wanted to throw up. I couldn’t breathe. Kept thinking that it was not true,” said his mother, Janice Feliz.

She calls her grief overwhelming, mixed with frustration because his case remains unsolved.

“It’s horrible knowing they still walk among us, thinking they got away with this,” said Feliz.

Feliz says she last saw her son that morning when she left for work. She says Damien, who was trying out to play football at Mar Vista High in Imperial Beach, had recently gotten his first job as a bagger at a Navy commissary. He had dreams of becoming an architect.

“He was respectful to people and amazing. Everybody wanted to be his friend … Imagine the hole in my heart knowing I can never hug him, never tell him that I love him,” said Feliz.

That night, Feliz believes Damien went to a party at a home near the alley where he was found.

Witnesses saw an older model, light-colored sedan driving from the area around the time of the gunshots. Police say while several possible witnesses have been interviewed, the details of the shooting remain a mystery. 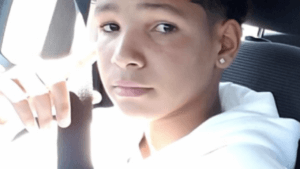 Feliz says she didn’t know of anyone that had a grudge against her son. She’s now pleading for tips in hope of getting her son’s killer off the streets.

This story was originally published March 2, 2021, by KGTV in San Diego.