NASHVILLE, Tenn. (WTVF) — More than five years after a father of five is murdered in the driveway of his South Nashville home, the search for his killer has stalled.

His family and Metro Police are asking for anyone with information on the case to come forward.

On Nov. 1, 2017, Leondrae Ridley, 37, and a friend were sitting in a Buick Enclave in the driveway of his home on Flora Maxwell Road. Metro Police said just after midnight, a man walked up to the car, shot Ridley multiple times and took off. His friend was also injured but survived. Ridley’s family — including his young children — were asleep inside the home when he was killed.

“For me, it’s just a pain I never felt before,” said Leathal Ridley, Leondrae’s mother. “I wouldn’t wish it on my worst enemy.”

Ridley’s family still lives in the same home, and his mom says it is heartbreaking to look at the driveway where her only son was killed. 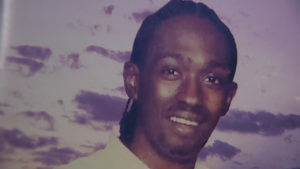 Leondrae’s murder has taken a toll on his entire family, and now his children are growing up without a father. She wants anyone with information on the shooting to call the police and reminds them they can call Crime Stoppers anonymously.

Anyone with information about Leondrae Ridley’s murder is asked to contact the Metro Police Department Cold Case Unit at 615-862-7803 or Crime Stoppers at 615-742-7463. Callers to Crime Stoppers can remain anonymous.

This story was originally published Jan. 23 by WTVF in Nashville, an E.W. Scripps Company.
MORE NEWS