BARDSTOWN, Ky. (WLEX) — Six long years have passed since Crystal Rogers was last seen or heard from. The mother of five went missing on July 3, 2015, in Bardstown.

The pain is still as sharp as ever for her mother, Sherry Ballard.

Rogers was last seen at her boyfriend Brooks Houck’s family farm. Her car was found with a flat tire on the side of the bluegrass parkway in Bardstown along with her phone, purse, and keys still inside.

There have been no updates in the case, but the FBI took to Twitter over the weekend to reiterate its commitment to the investigation.

Ballard says she has faith in the FBI and believes her daughter will be found. She’s comforted that others do too.

“I’m always scared that no one’s gonna come. And then tons of people do and it’s a little overwhelming and to think that people–because you always wonder are they going to forget the person missing, but they haven’t, my community hasn’t. And I’m very blessed with that,” Ballard said. 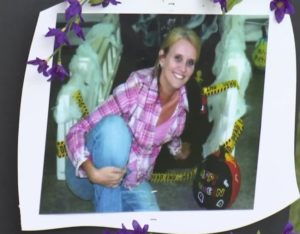 Crystal Rogers vigil was held Wednesday night at St. Thomas Church in Bardstown. One of the more poignant moments was when Rogers’ daughter got up and spoke about her mother. It was the first time she had done so at one of these vigils.

Through tears, Ballard expressed how proud the young girl’s mother would have been of her taking the moment to speak out.

Ballard is also clinging to hope that she’ll get justice for her late husband, Tommy Ballard, who was shot and killed on family property in November of 2016.

Ballard believes once the FBI solves her daughter’s case, her husband’s killer will be found too.

This story was originally published July 7, 2021, by WLEX in Lexington.