By WTVF and Court TV Staff

NASHVILLE, Tenn. — Opening statements are set to begin Monday in the trial of Travis Reinking, the accused gunman in the 2018 pre-dawn mass shooting at a Tennessee Waffle House restaurant.

On Sunday April 22, 2018, at 3:23am, Reinking was wearing nothing but a green jacket when he allegedly shot and killed two people outside the Antioch restaurant, just miles outside of Nashville.

Reinking allegedly fired his AR-15 semiautomatic rifle at the windows, then shattered glass injuring some patrons. He then went inside the restaurant and killed two more people.

The horrific, 42-second attack halted when a heroic customer by the name of James Shaw, Jr. managed to wrestle the gun away from Reinking, who fled the scene naked. 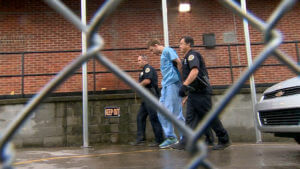 Travis Reinking outside of the new Davidson County jail. Reinking has been in police custody since his arrest following a deadly shooting at an Antioch, Tenn. Waffle House that left 4 people dead. (Photo by: WTVF)

In the aftermath, Shaw, along with Waffle House staff, were hailed as heroes.

The entire incident was captured on the restaurant’s security cameras, and authorities were able to zero in on Reinking as their suspect quickly due to video evidence and the presence of his truck at the scene.

Reinking was apprehended just over 34 hours later, following an intense manhunt. He was found carrying a backpack with a gun, ammunition and a flashlight.

A motive for the killings has not been revealed.

He was initially booked on $2 million bond, but that bond was soon revoked.

The case was on hold for months while Reinking was treated for schizophrenia. Reinking was initially deemed not competent to stand trial in August 2018 after a mental evaluation.

In October 2018, a judge deemed Reinking fit for trial. He has been held in custody since his arrest on April 23, 2018. At that point, Reinking’s case resumed, and he was formally indicted on 17 counts, including murder, attempted murder, and unlawful gun possession charges. His lawyers entered a not guilty plea on his behalf in February 2019.

According to police reports obtained by Court TV, Reinking had a long history of troubling behavior prior to the April 2018 events, including threatening suicide multiple times, accusing Taylor Swift of stalking him, and being arrested by the Secret Service for trespassing near the White House, among other incidents. Because of what happened outside the White House, Reinking lost his right to own a firearm. His weapons were seized and turned over to Reinking’s father, Jeffrey Reinking, who later returned them to his son. 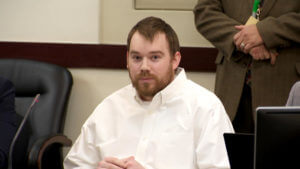 Travis Reinking appears in court for a motions hearing on Monday, January 24, 2022. (Photo by: WTVF)

In addition to the criminal case, Reinking, who is now 32, also faces multiple civil lawsuits over the shooting, as does his father.

At the Waffle House shooting criminal trial, it is expected that Reinking’s defense team will argue insanity or claim diminished capacity.

The jury consists of 12 people and two alternates, 12 of which are women and two are men. The group, which is made up of three Black women, one Asian woman, one Black man, eight white women and one white man, will be sequestered during the remainder of the trial.

There is a gag order in place, but Reinking’s attorneys are expected to pursue an insanity defense. The argument is he may be sane now, but he wasn’t at the time of the shooting.

Competing medical experts are expected to take the stand to discuss whether or not Reinking is insane. James Shaw is also expected to be a key witness in the trial.

Prosecutors announced in January 2020 that they would not seek the death penalty. Therefore if convicted, Reinking faces life without the possibility of parole.

Both WTVF in Nashville, an E.W. Scripps Company, and Court TV Staff contributed to this report. 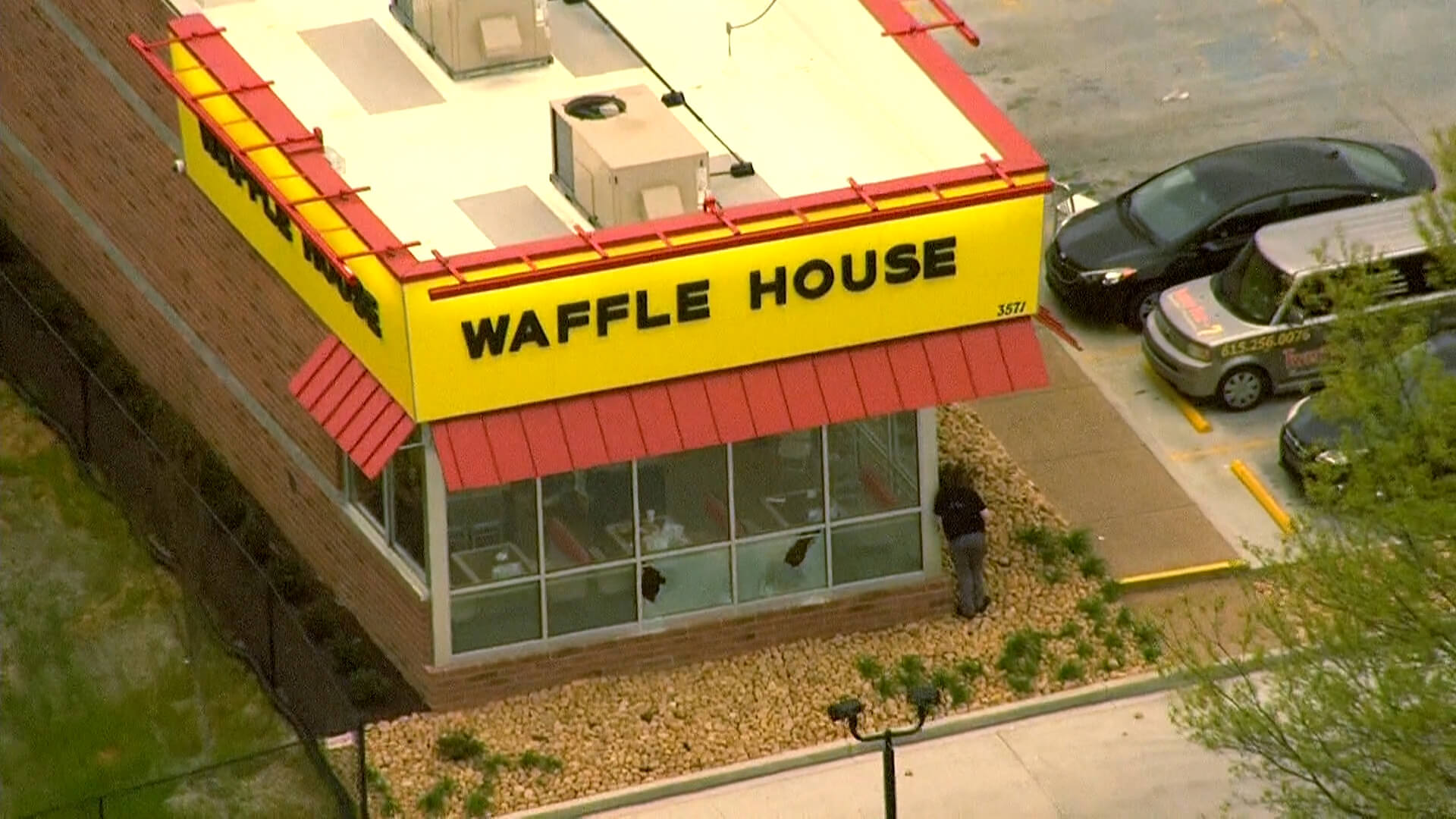 An aerial view of the Antioch, Tenn. Waffle House where a gunman shot and killed four people in 2018. The suspect, Travis Reinking was taken into custody by Nashville police after a tense 34-hour manhunt. (Photo by: WTVF)
MORE NEWS