WAUKESHA (WTMJ) — Darrell Brooks, the man accused of killing six people and injuring dozens in the Waukesha Christmas Parade, was back in court Friday for a motion hearing.

The hearings came after defense attorneys filed several motions, including one to suppress interrogation recordings from the night of the parade.

Brooks was in court Thursday when two police detectives who did the first interviews with Brooks following the tragedy took the stand. 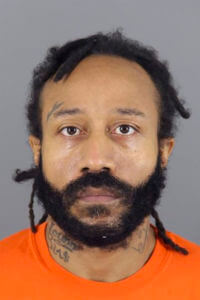 His attorneys say that the day after Brooks was arrested, one of the detectives that testified, Detective Jay Carpenter, met with Brooks again and brought up the domestic violence charges against him. Brooks’ defense team says in that conversation, Carpenter was being coercive and trying to elicit a response.

In response, the judge said no documents were provided to support those claims and she says she needs more of an explanation and information from Brooks’ defense team if that is a route they want to take.

In Friday’s hearing, Brooks’ lawyers fought for evidence found in what they call an unlawful search of his jail cell last month to be thrown out ahead of his trial in October.

Prosecutors say they searched his cell because they had reason to believe Brooks was plotting to fake his mental health evaluation for his insanity plea.

She decided both recordings of Brooks’ interview can be used, as there was no violation of his right to remain silent.

Around 10:30 a.m., the Waukesha County District Attorney called out Brooks for sleeping in court during his hearing. Brooks’ attorneys had to wake him up.

Shortly after being woken up, Brooks had an outburst in court and had to be escorted out. The court was then forced to take its lunch break.

This story was originally published Aug. 26, 2022 by WTMJ in Milwaukee, an E.W. Scripps Company.