CHARLESTON, W.Va. (AP) — A part-time police officer and former firefighter in West Virginia has been indicted on federal civil rights charges involving two victims, including a teenage girl who was allegedly kidnapped and sexually assaulted.

Christopher Osborne was indicted Tuesday by a federal grand jury in Charleston, the U.S. Justice Department announced. The charges including two counts of deprivation of rights under color of law — — language used to describe crimes committed while on duty — and one count each of using fire to commit a felony and witness tampering. 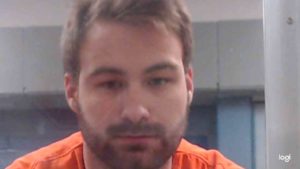 The civil rights charges carry a maximum penalty of life in prison.

Osborne, 25, is accused of kidnapping and sexually assaulting a 16-year-old girl in January, causing injuries to her. Osborne also knowingly made false statements to federal investigators by denying sexual contact with the girl, according to the indictment.

According to a criminal complaint filed earlier this year by West Virginia State Police, the assault on the girl occurred at the Danville Volunteer Fire Department, where Osborne was a member for nine years. Video surveillance from the fire department showed Osborne and the girl together.

Osborne also is accused of setting fire to and destroying the property of a 49-year-old woman in November 2019. The Justice Department did not disclose the location of the property or other information about the woman.

Osborne also was a part-time police officer in Marmet and a probationary member of the Charleston Fire Department. Officials previously said Osborne has been dismissed by both fire departments.

Prosecutors said the FBI is seeking additional information about Osborne, who was booked into the South Central Regional Jail in Charleston on Wednesday.