CHICAGO (AP) — A former merchandizing agent for R. Kelly testified Tuesday that the singer offered him $1 million to find a VHS tape featuring Kelly as prosecutors sought to persuade jurors that Kelly was desperate to recover the missing recording, knowing it could land him in legal peril if it fell into the hands of law enforcement.

Based in part on that recording, which prosecutors say shows the R&B star sexually abusing a 14-year-old girl, Kelly faces charges that include production of child pornography. He is also accused of fixing his 2008 state child pornography trial by threatening witnesses and endeavoring to conceal video evidence. 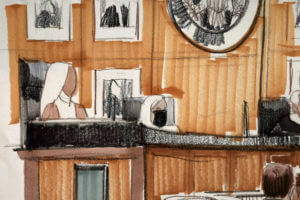 In this courtroom sketch, a woman who goes by the pseudonym “Jane”, left, testifies in R. Kelly’s trial in federal court, Friday, Aug. 19, 2022, in Chicago. (Cheryl Cook via AP)

Charles Freeman testified Tuesday that Kelly reached out to him in 2001 to ask him to hunt down the recording. Freeman, a 52-year-old from Kansas City, also explained how he pressured Kelly and his associates for years to pay him the full $1 million after Freeman found and returned the tape.

Freeman told jurors he didn’t know the contents of the video until after he retrieved it from a home in Atlanta in 2001 and then slipped it into a VHS player at a friend’s home later that day.

“I observed Robert Kelly with a young lady having sex,” he said.

When a prosecutor asked Freeman, who testified Tuesday under an immunity agreement, why it took him nearly two decades to turn the recording over to police that and other recordings of child phonography tied to Kelly, Freeman responded: “Because the police wasn’t going to pay me a million dollars.” 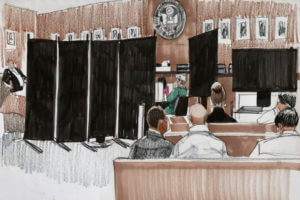 In this courtroom sketch, the front of the courtroom is blocked off as a sexually graphic video clip is played for the jury during R. Kelly’s trial in federal court, Friday, Aug. 19, 2022, in Chicago. (Cheryl Cook via AP)

Kelly, 55, is already serving a 30-year prison sentence imposed by a federal judge in New York in June for his 2021 convictions on racketeering and sex trafficking charges. If convicted in Chicago, he could see years added to that sentence.

At his 2008 trial, at which Kelly was ultimately acquitted, state prosecutors described Kelly lugging a duffel bag full of his homemade child pornography tapes everywhere he went. Despite Kelly’s efforts in the 1990s to keep them close, some leaked out or were stolen by disgruntled workers or friends, prosecutors said.

After acquitting Kelly in 2008, some jurors told reporters they had no choice but to find Kelly not guilty because the girl — who then was in her 20s — did not take the witness stand to confirm it was her in the video. Last week, she did testify at the federal trail in Chicago, saying she was the minor in the video and Kelly was the adult man.

But actually getting the $1 million Freeman said he was promised by Kelly became an all-consuming task that lasted years, he told jurors.

Soon after Freeman found the video, he met with two Kelly associates in 2001 at a Kansas City hotel expecting to receive the full payment, Freeman testified. When he walked into a room and saw two brown bags full of cash, he told jurors he knew right away it wasn’t enough.

“That ain’t no million dollars,” he recalled telling Kelly’s people.

Freeman said he ended up leaving with one paper bag stuffed with $75,000 in cash after being assured he’d eventually get the full $1 million. Even after turning over the tape and getting partial payment, Freeman retained enormous leverage over Kelly, including the possibility that he could go public with what he knew.

Freeman described himself stalking Kelly at concerts to demand he pay the balance of the $1 million, threatening to go public with what he knew and filing lawsuits to squeeze Kelly to pay. He said each threat and lawsuit typically led to Kelly associates throwing more money at Freeman, sometimes literally.

Another time at R. Kelly’s suburban Chicago home, Freeman said a Kelly associate and now co-defendant at the ongoing trial, Derrel McDavid, told Freeman to take off all his clothes and get into Kelly’s swimming pool so he could be sure Freeman wasn’t wearing a recording device for law enforcement.

“I ain’t getting in no pool naked,” Freeman recalled telling McDavid. Freeman said he eventually did take off his shirt to show he wasn’t wearing a wire.

Later, as he pulled out of a parking lot, McDavid gave Freeman another installment, tossing a brown bag with $100,000 in ten bundles of $10,000 through Freeman’s open car window.

McDavid and another Kelly associate, Milton Brown, are on trial with Kelly. McDavid is accused of helping Kelly fix the 2008 trial, while Brown is charged with receiving child pornography. Like Kelly, they also have denied wrongdoing.

Freeman testified that in late 2003 or early 2004, McDavid approached him again about recovering yet another tape that had gone missing from Kelly’s collection. He said he told McDavid, “If I gotta recover another tape, you gotta pay me another million dollars.”

Freeman is expected to take the stand again Wednesday, when defense attorneys will have their chance to cross-examine him. 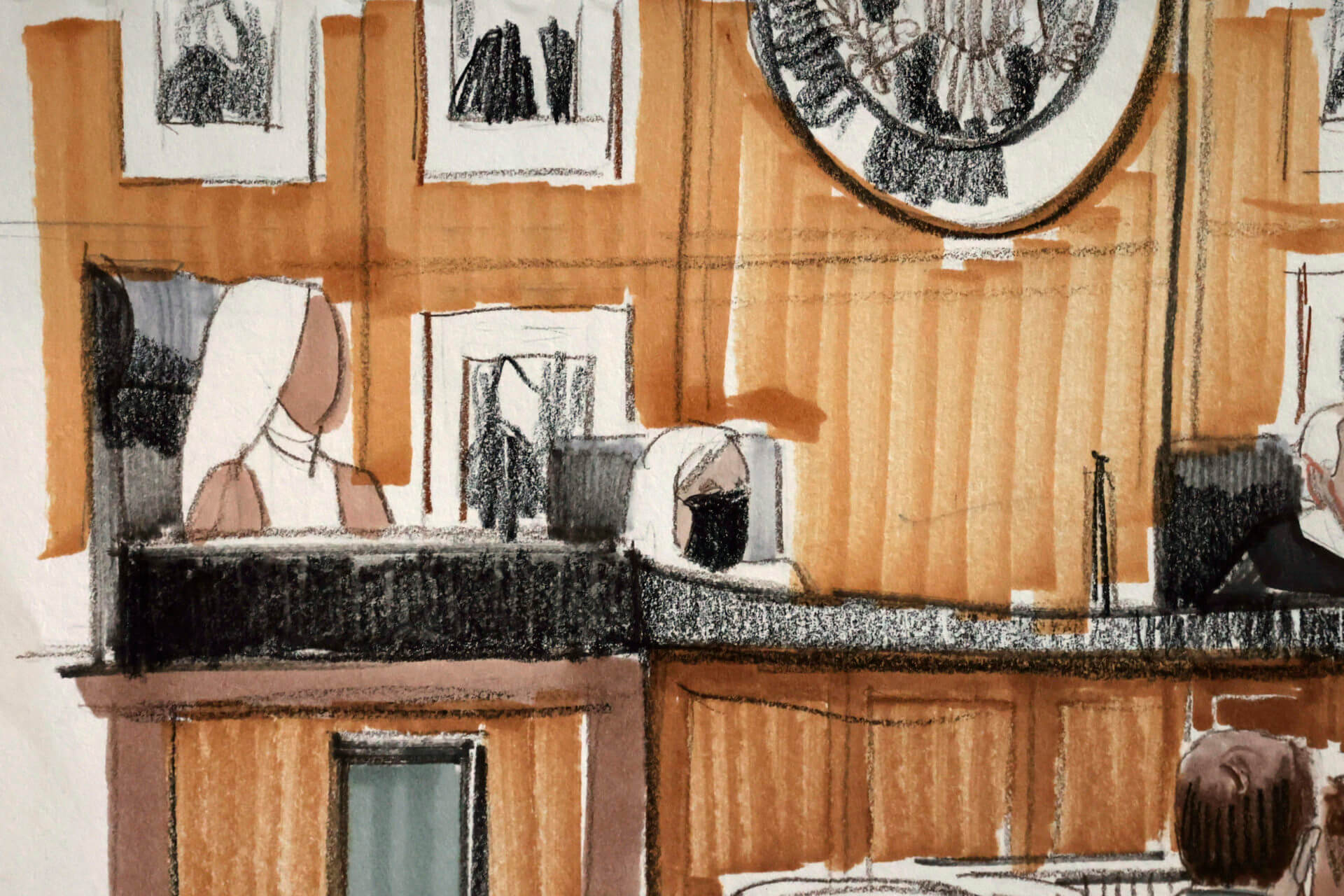 In this courtroom sketch, a woman who goes by the pseudonym “Jane”, left, testifies in R. Kelly's trial in federal court, Friday, Aug. 19, 2022, in Chicago. (Cheryl Cook via AP)
MORE NEWS