KNOX COUNTY, Tenn. (Court TV) – After just under two hours of deliberation, a jury of 12 found Geoffrey Paschel guilty on all counts: 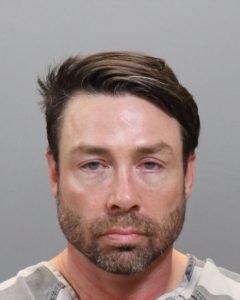 The judge immediately revoked Pachel’s bail and remanded the former reality TV star into the custody of the Knox County Sheriff, where he will remain until sentencing. Paschel’s sentencing date was scheduled for February 2022.

A former reality TV cast member is on trial for an alleged domestic dispute incident involving his ex-girlfriend.

Geoffrey Ian Paschel became a social media sensation after appearing on the hit TLC show ‘90 Day Fiancé: Before the 90 Days.‘ The father of seven is accused of physically assaulting his then-girlfriend on June 9, 2019. According to an affidavit, the victim claims an intoxicated Paschel “grabbed her by the neck and slammed her head against a wall several times” before throwing her to the ground. The woman fled to a neighbor’s home, where police found her when they arrived.

Officers noted visible injuries, including “a large raised bruise on (her) forehead and abrasions on her elbows and knees.” A paramedic at the scene reportedly said she “displayed common signs of a concussion.”

Authorities said when they confronted Paschel, he claimed the woman’s injuries were self-inflicted. He was initially taken into custody without incident, but according to the affidavit, he “attempted to kick out the windows of the patrol vehicle.”

Paschel was ultimately charged with kidnapping, domestic assault, interference with an emergency call, and vandalism.

After fans learned of the charges, they petitioned TLC to remove him, and he was dropped from the ‘Tell All’ show, which reunites all the featured couples at the end of the season.

Since his arrest, Paschel has made several statements and videos stating many of his ex-wives and former girlfriends are conspiring against him.

Paschel also had a fourth child with his ex, a son named Kazhem. The 13-month-old tragically died after a seizure caused him to be put into a medically induced coma on life support. Paschel opened up about how he held his son as doctors “pulled the plug” on the Season 4 premiere of 90 Day Fiancé: Before the 90 Days, according to In Touch Weekly.

While he was evasive about the timing, he acknowledged he was communicating with his co-star and now-fiancé, Varya. He traveled to Russia to visit her in July of 2019, shortly after the alleged domestic violence incident took place.

The trial of TN v. Geoffrey Paschel was originally slated to begin Oct. 2020, however, the trial was delayed due to COVID-19 concerns.

Massachusetts mom to be arraigned in deaths of 3 children