CLARKSVILLE, Tenn.  — A man has been arrested in the 2010 cold case murders of his adoptive parents in Tennessee. 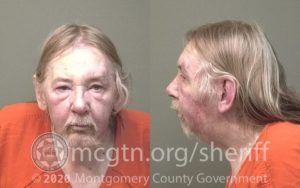 Neighbor Daniel Champagne found the elderly couple dead in their beds from a single gunshot wound to the head, according to local news. The home had also been ransacked.

Authorities always suspected the couple knew their killer since neighbors didn’t hear any disturbances or their dogs barking.

A grand jury indicted Campbell in June. He was arrested at his Georgia home on two counts of first-degree felony murder, and extradited to Tenn., in July.

WTVF in Nashville contributed to this report.