FALLS CHURCH, Va. (AP) — Lawyers for Johnny Depp on Tuesday questioned the truthfulness of Amber Heard’s accusation that Depp sexually assaulted her with a liquor bottle.

Heard was cross-examined for most of the day after her testimony in Depp’s libel suit against her.

Depp is suing Heard in Virginia’s Fairfax County Circuit Court over a December 2018 op-ed she wrote in The Washington Post describing herself as “a public figure representing domestic abuse.” His lawyers say he was defamed by the article even though it never mentioned his name. The trial is now in its fifth week.

Depp’s lawyer, Camille Vasquez, questioned Heard about a variety of incidents in which she says she was assaulted by Depp. 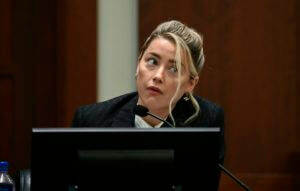 Actor Amber Heard testifies in the courtroom at the Fairfax County Circuit Courthouse in Fairfax, Va., Tuesday, May 17, 2022. Actor Johnny Depp sued his ex-wife Amber Heard for libel in Fairfax County Circuit Court after she wrote an op-ed piece in The Washington Post in 2018 referring to herself as a “public figure representing domestic abuse.” (Brendan Smialowski/Pool photo via AP)

Questioning was particularly intense over a March 2015 fight the couple had in Australia, shortly after they were married, while Depp was shooting a fifth film in the “Pirates of the Caribbean” franchise.

It was during that fight that Heard says she was sexually assaulted. Depp, on the other hand, says he was the victim, and that he lost the tip of his middle finger when Heard threw a vodka bottle at him.

Vasquez questioned why Heard never sought medical attention, even though she said her feet were cut by broken glass and she was bleeding after the attack.

“You’re the one who assaulted someone with a bottle in Australia, isn’t that right, Ms. Heard?” Vasquez asked.

Vasquez then questioned why Heard wrote a series of love notes to Depp in the months after she said she was assaulted.

Heard has said she believed Depp had hit rock bottom after the Australia fight and was committed to sobriety. She has said most of the assaults occurred while Depp was under the influence of drugs or alcohol.

“When things were good, they were really good,” she said.

The jury also saw a recording of a deposition Heard gave in 2016 in connection with her divorce in which she appeared to inadvertently admit that she had tipped off the celebrity news outlet TMZ to aspects of her initial divorce proceedings. 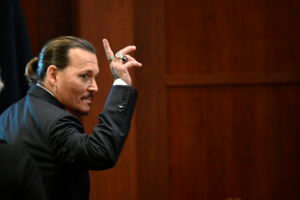 Actor Johnny Depp gestures as he walks out of the courtroom during a break at the Fairfax County Circuit Courthouse in Fairfax, Va., Tuesday, May 17, 2022. Actor Johnny Depp sued his ex-wife Amber Heard for libel in Fairfax County Circuit Court after she wrote an op-ed piece in The Washington Post in 2018 referring to herself as a “public figure representing domestic abuse.” (Brendan Smialowski/Pool photo via AP)

Heard testified to the jury that she was taken aback when paparazzi swarmed her courthouse appearance seeking a temporary restraining order and that she tried to avoid publicity as much as possible.

During the 2016 deposition, though, Heard puts hands to her lips as though she mistakenly blurted something out after she said she wanted Depp to learn of the divorce filing “from some other source other than TMZ, which was alerted …”

“You slipped up there, didn’t you, Ms. Heard?” Vasquez asked.

“That’s not what I’m talking about,” Heard responded.

During redirect examination, Heard, said she “asked my team to file in the most discreet way, literally to put it under a stack of papers and file it at the end of the day so it kind of had more of a shot of being missed by the paparazzi and by TMZ.”

The redirect questioning of Heard lasted only a few minutes, as Depp’s lawyers objected to nearly every question that Heard’s lawyer, Elaine Bredehoft, tried to ask.

After Heard’s testimony concluded, jurors heard recorded testimony from a mutual friend of the couple, iO Tillett Wright, who said Depp confided to him that he hated sobriety.

“He wanted to get sober for Amber,” Tillett Wright said. “He didn’t enjoy being sober. It wasn’t fun, and that it was distressing and exhausting and very hard to do. He really, really resented having to be sober.”

Tillett Wright said Depp’s personality turned mean and paranoid when he was using alcohol or drugs.

There was also testimony about Heard’s $100 million counterclaim against Depp. She says she was defamed by Depp’s lawyer, Adam Waldman, when he called Heard’s accusations a hoax.

Heard has said the accusations hurt her career, but Vasquez pointed to a series of negative articles about Heard that preceded Waldman’s comments.

The jury also heard an audio recording of a verbal fight between the two in which each belittled the other’s acting career. Heard laughed mockingly at Depp’s career-making role in the ’80s television show “21 Jump Street.”

“Hey, at least I didn’t do, like, a teeny show where I’m a heartthrob. God that would be, like, embarrassing,” Heard said.

Depp responded with dismissive commentary about Heard’s biggest film role to date, shouting “Aquaman!” in a mocking way to denigrate the superhero film.

And Heard took offense when Vasquez suggested that Heard only got the role in “Aquaman” with Depp’s help.

“Excuse me?” Heard said. “No, Ms. Vasquez, I got myself that role by auditioning.” 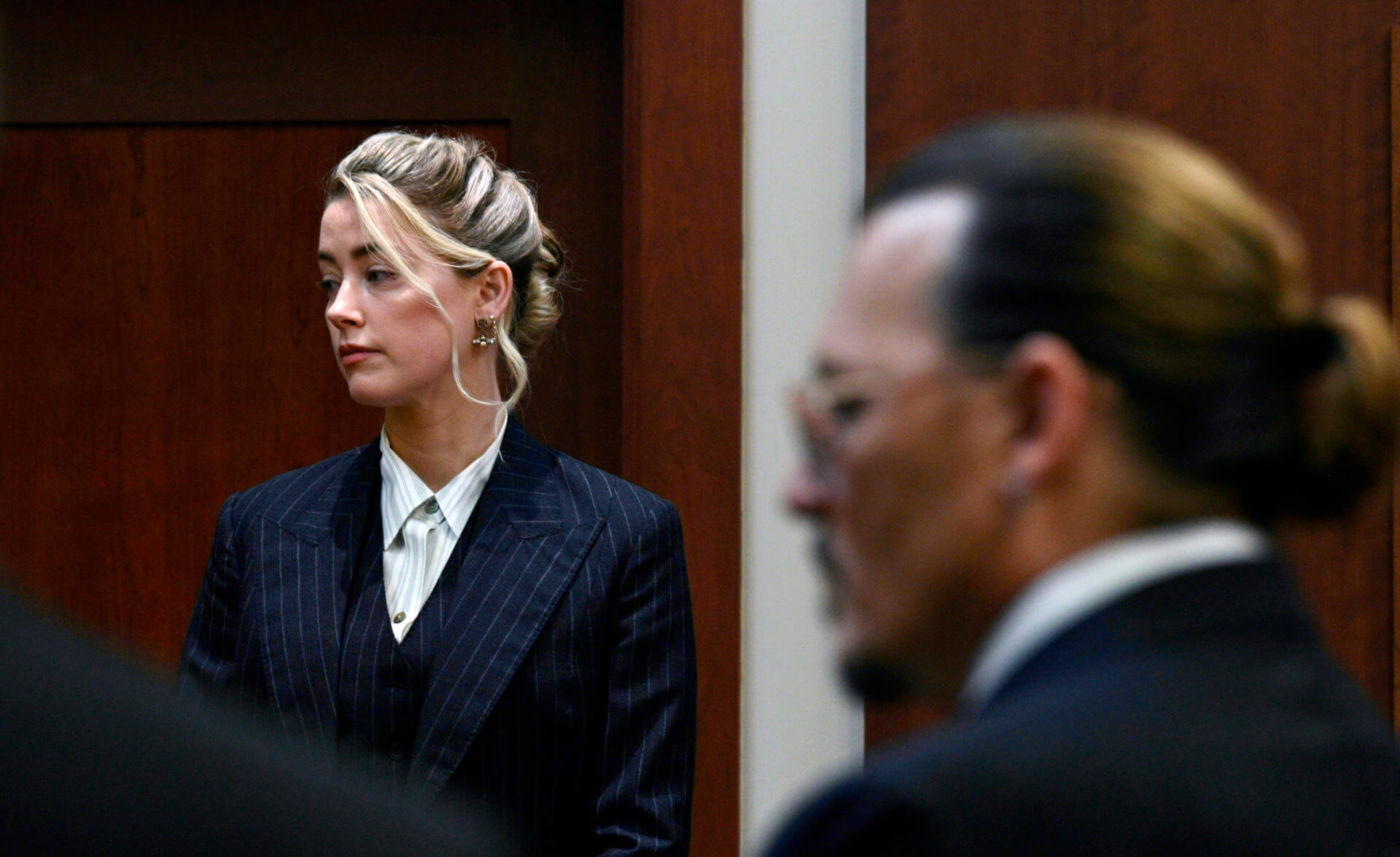 Actors Amber Heard and Johnny Depp, watch the jury arrive in the courtroom at the Fairfax County Circuit Courthouse in Fairfax, Va., Tuesday, May 17, 2022. Depp sued his ex-wife Amber Heard for libel in Fairfax County Circuit Court after she wrote an op-ed piece in The Washington Post in 2018 referring to herself as a "public figure representing domestic abuse." (Brendan Smialowski/Pool photo via AP)
MORE NEWS