RENO, Nev. (AP) — Authorities discovered the remains of an 18-year-old northern Nevada woman who was kidnapped over two weeks ago, officials said.

The Lyon County sheriff’s office said late Wednesday that investigators acting on a tip about the disappearance of Naomi Irion found a gravesite in a remote part of northern Nevada on Tuesday. An autopsy on Wednesday confirmed the body was Irion, the sheriff said in a statement.

Earlier Wednesday, a 41-year-old man with a violent criminal record was charged during a brief court hearing with first-degree kidnapping. A judge in rural Lyon County left Troy Driver’s bail unchanged. It had been set at $750,000 after his Friday arrest.

Driver, of Fernley, has yet to enter a plea. He was arraigned from jail Wednesday via Zoom. Authorities did not immediately say whether Driver will be charged in Irion’s death. 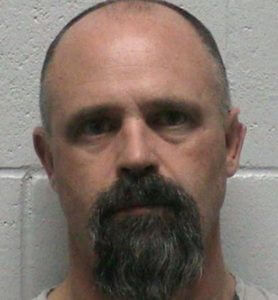 “No further information can be released at this time as this is still an open and active investigation,” the sheriff’s office said after officials announced Irion had been found.

Justice of the Peace Lori Matheus said Driver will have to wear a GPS monitoring device if he posts a bond.

Driver has been held at the Lyon County Jail in Yerington as a suspect in what authorities say was Irion’s kidnapping.

She was last seen around 5:25 a.m. March 12 in her car in a Walmart parking lot in Fernley about 30 miles (48 kilometers) east of Reno. Security video showed a masked man wearing a hooded sweatshirt get into her car.

Driver abducted her “on or about March 12” and “did hold or detain her for the purpose of committing sexual assault and/or purpose of killing her,” according to the two-page criminal complaint filed Wednesday in Lyon County’s Canal Township Justice Court.

The FBI offered a $10,000 reward for information to locate Irion. Hundreds of volunteers have joined searches during the past two weeks, looking for clues in a vast desert area.

Irion lived in Fernley with her older brother, Casey Valley, who told reporters after the hearing that the family was “all in shock” that any bail was set. 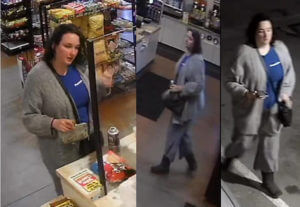 Naomi Irion is pictured making a purchase at a store shortly before she is believed to have disappeared in the pre-dawn hours of Saturday, March 12, 2022. Irion was last seen when a man wearing a mask and a grey hoodie got into her car outside a Walmart in Fernley, Nevada. The Lyon County Sheriff’s Office announced on Friday, March 25, 2022 that they took a suspect into custody in connection with Irion’s dissapearance. (Lyon County Sheriff’s Office)

Irion’s vehicle was found three days after she went missing near a paint manufacturing facility in an industrial park along Interstate 80 not far from the store.

Valley said earlier his sister usually catches a bus from the Walmart lot to work at a Reno-area Panasonic facility. Valley said she never arrived at work and he contacted family members and authorities when Irion didn’t return home that weekend.

Matheus set a court date for Driver next Tuesday, and a preliminary hearing April 12 to decide if there is evidence for Driver to be tried in state court. He could face life in prison without parole if he is convicted.

His defense lawyer, Mario Walther, did not immediately respond to requests for comment following the hearing.

Several news outlets have reported that Driver was sentenced to 15 years in prison for his role in a 1997 murder case in Northern California.

Mendocino County Court records show he pleaded guilty that summer to robbery, burglary and firearms charges as well as to being an accessory to a felony after the fact.

Before authorities announced that her body had been identified, Valley told reporters Wednesday that family members appreciate the support from the community and praised efforts by sheriff’s deputies and federal agents to find his sister.

“Lyon County and the FBI are working very hard,” he said. “I wish there was more and everybody does.”
___
Associated Press Writer Ken Ritter in Las Vegas contributed to this report.