DALLAS (AP) — The father of a man who was killed last year by a Dallas police officer who says she mistook his apartment for her own told jurors Wednesday that his son’s death has upended his life back in St. Lucia.

Bertrum Jean said that after his son, Botham, left their Caribbean island home for college in Arkansas, he would call home every Sunday after church to catch up with the tightly-knit family.

Now, he said, “My Sundays have been destroyed.”

“How could we have lost Botham? Such a sweet boy. He tried his best to live a good honest life. He loved God. He loved everyone. How could this happen to him?” said Bertrum Jean, who broke into tears as he spoke about his son, who was killed just shy of his 27th birthday.

The testimony came during the first full day of the punishment phase of the trial of Amber Guyger, the 31-year-old white police officer who was convicted of murder Tuesday in the killing of Botham Jean.

After friends and family of Jean addressed the court, Guyger’s attorneys began calling witnesses to speak on behalf of the former officer. First up was Guyger’s mother, who said her daughter Amber was the youngest of three children and was sexually assaulted by a man when she was a young child. As she spoke, defense attorneys showed photos of Guyger’s family.

Officer Cathy Odhiambo, who is black, described Guyger as a longtime friend, saying they met when they were servers at a TGI Friday’s restaurant, and that they both eventually attended the police academy and became Dallas police officers.

“Everybody that knows her knows that Amber is the sweetest person,” said Odhiambo, who added that Guyger had wanted to be a police officer for as long as she’d known her.

Odhiambo wasn’t asked about text messages introduced as evidence during the trial that indicated a lack of sensitivity by Guyger toward black people. However, another fellow officer, Thomas MacPherson, said that some of those texts sounded “out of character” for Guyger. 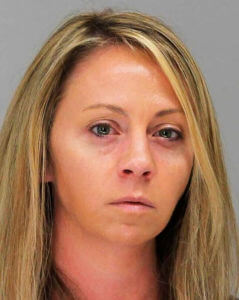 Guyger, who was fired after the shooting, faces a sentence that could range from five years to life in prison or be lowered to as little as two years if the jury decides the shooting was a crime of sudden passion.

Her attorneys can argue that she deserves a light sentence because she acted out of confusion and fear that she had found an intruder in her home. Prosecutors have given no indication in court of the sentence they will seek. Attorneys are under a gag order.

The basic facts of the unusual shooting were not in dispute throughout the trial. Guyger said that after a long shift at work and still in uniform, she walked up to Jean’s apartment — which was on the fourth floor, directly above hers on the third — and found the door unlocked. She said thinking the apartment was her own, she drew her service weapon and entered. Jean had been eating a bowl of ice cream when Guyger fired.

The shooting drew widespread attention because of the strange circumstances and because it was one in a string of shootings of unarmed black men by white police officers.

The verdict was “a victory for black people in America,” Lee Merritt, one of the lawyers for Jean’s family, said Tuesday. “It’s a signal that the tide is going to change here. Police officers are going to be held accountable for their actions, and we believe that will begin to change policing culture around the world.”

The jury was largely made up of women and people of color.

Attorney Ben Crump, also representing the family, credited the makeup of the jury with Tuesday’s conviction, and said he expects them to deliver a weighty sentence.

“I look at this jury. And I look at the diversity of this jury,” he said. “They will see past all the technical, intellectual justifications for an unjustifiable killing. And I believe they will do the right thing.”

The verdict may have defused tensions that began simmering Monday when jurors were told they could consider whether Guyger had a right to use deadly force under a Texas law known as the castle doctrine — even though she was not in her own home. The law is similar to “stand your ground” measures across the U.S. that declare a person has no duty to retreat from an intruder.

In a frantic 911 call played repeatedly during the trial, Guyger said “I thought it was my apartment” nearly 20 times. Her lawyers argued that the identical physical appearance of the apartment complex from floor to floor frequently led to tenants going to the wrong apartments.

But prosecutors questioned how Guyger could have missed numerous signs that she was in the wrong place. They also asked why she did not call for backup and suggested she was distracted by sexually explicit phone messages with her police partner.

Guyger was arrested three days after the killing. She was later fired and charged with murder. Tension has been high during the trial in Dallas, where five police officers were killed in an attack three years ago. 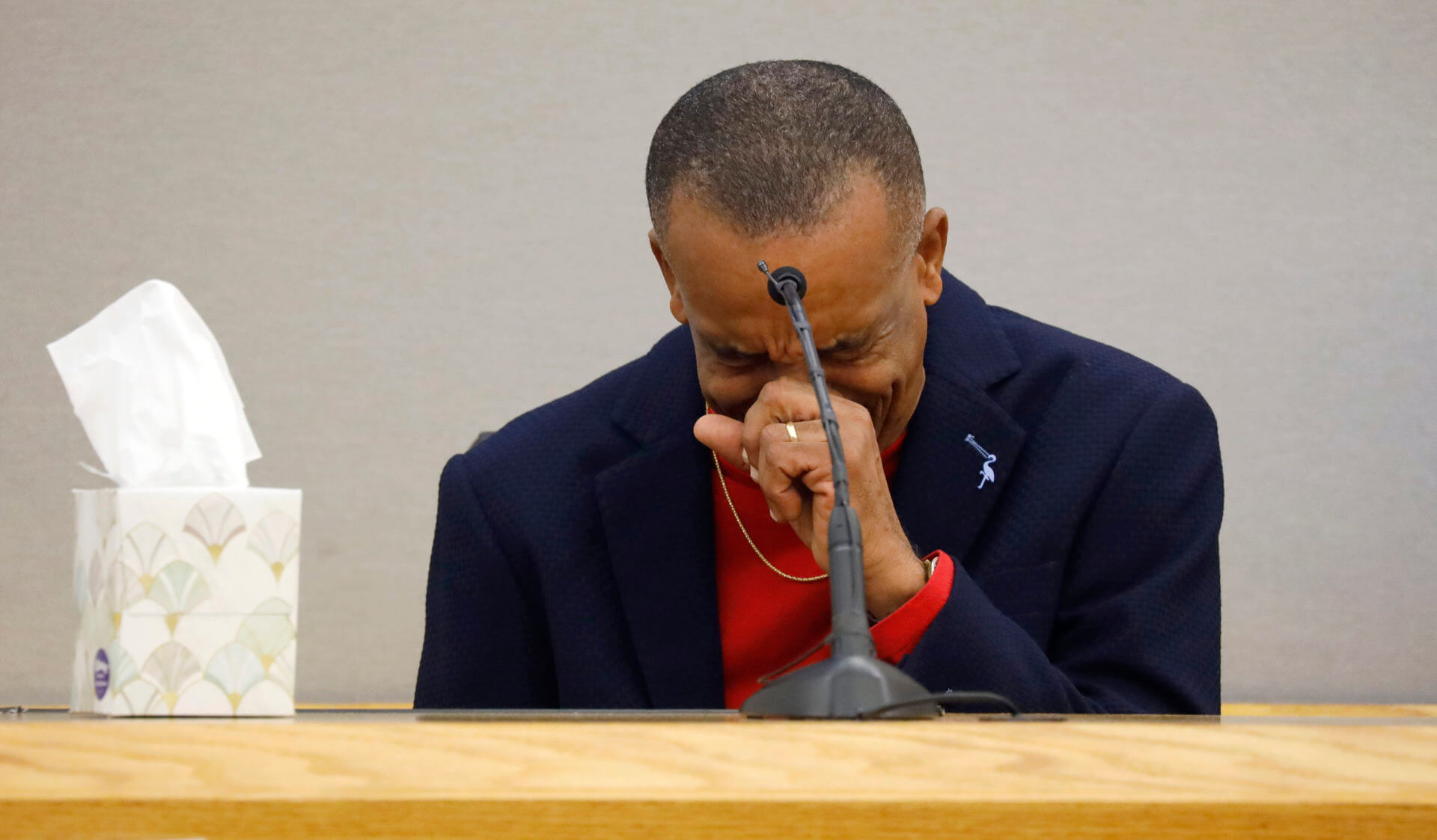 Bertrum Jean, father of Botham Jean, breaks down on the witness stand talking about his son during the punishment phase of the trial of former Dallas police officer Amber Guyger, Wednesday, Oct. 2, 2019 at the Frank Crowley Courts Building in Dallas. Guyger was convicted of murder Tuesday in the killing of Botham Jean and faces a sentence that could range from five years to life in prison or be lowered to as little as two years if the jury decides the shooting was a crime of sudden passion. (Tom Fox/The Dallas Morning News via AP, Pool)
MORE NEWS