DENVER (AP) — A Colorado man who had been charged in the presumed death of his missing wife has pleaded guilty to forgery for casting her 2020 election ballot for then-President Donald Trump.

Barry Morphew pleaded guilty Thursday and was fined and assessed court costs of $600, The Denver Post reported. He avoids jail time as part of a plea agreement. 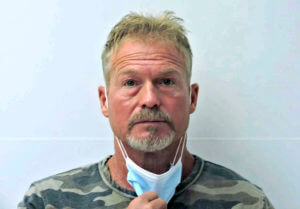 FILE – This undated file photo provided by the Chaffee County (Colo.) Sheriff’s Office shows Barry Morphew in Salida, Colo. Morphew, who had been charged in the presumed death of his missing wife, has pleaded guilty to forgery for casting her 2020 election ballot for Donald Trump. Morphew pleaded guilty Thursday, July 22, 2022, and was fined and assessed court costs of $600, The Denver Post reported. He avoids jail time as part of a plea agreement. (Chaffee County Sheriff’s Office via AP, File)

Suzanne Morphew was reported missing on Mother’s Day in 2020 after she did not return from a bike ride near her home in the Salida area in southern Colorado. Barry Morphew, who pleaded for help finding his wife, was arrested and charged with first-degree murder and other crimes in 2021, but prosecutors dropped the charges in April.

That decision followed the judge’s move to bar prosecutors from presenting most of their key witnesses during Morphew’s scheduled trial because they repeatedly failed to follow rules for turning over evidence in his favor. The evidence included DNA from an unknown male linked to sexual assault cases in other states, which was found in Suzanne Morphew’s SUV and raised the possibility of another suspect being involved.

Suzanne Morphew’s body has not been found.

In the voter fraud case, investigators said Barry Morphew filled out his missing wife’s ballot because he thought Trump could use the extra vote. Trump lost Colorado to President Joe Biden by 14 percentage points.

“Just because I wanted Trump to win. I just thought, give him another vote. I figured all these other guys are cheating,” he told an FBI agent who confronted him about the ballot in April 2021, according to court documents.

Trump has made repeated claims about fraud and “rigged” election results, but experts say there has been no evidence found of widespread fraud that would have changed the election’s outcome.

Morphew also told the agent he didn’t know it was illegal to fill out a ballot on behalf of a spouse.