THIBODAUX, La. (AP) — A more than four-decade-old murder case in Louisiana has been closed with the arrest of the victim’s now elderly husband, authorities said Saturday.

Chester Vegas Sr., 78, of Cut Off, was arrested Friday on a charge of second-degree murder in the Oct. 10, 1977 death of his wife, Diane Vegas, 32, the Lafourche Parish Sheriff’s Office said. Diane Vegas’ body was found with a bullet in the back at The Chicken House, a restaurant in Golden Meadow. 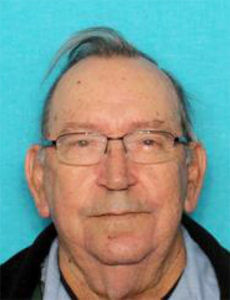 The sheriff’s office said Vegas was considered a suspect until the investigation went cold. The case was reopened in October after investigators received new information. A warrant for Vegas’ arrest was issued Friday.

Vegas was released from custody after posting $50,000 bond. There was no information on whether he has an attorney who could speak on his behalf. A telephone listing went unanswered Saturday.

Sheriff Craig Webre said he hopes the arrest can bring closure to the victim’s family.

“We hope this arrest can begin to bring some closure to the Vegas family who have been living with questions about Diane’s death for nearly 44 years,” Webre said in a news release. “New information combined with the initial investigation helped us build probable cause for the arrest.”