A former personal assistant to Amber Heard said she never saw the actress suffer any physical abuse at the hands of then-husband Johnny Depp — but she said Heard once spit in her face when she asked for a higher salary.

Heard descended into screaming fits of blind rage, sent incoherent text messages at 4 a.m. and was often drunk and high on illegal drugs, Kate James testified in a video deposition that was played in court Thursday during the trial for Depp’s libel suit against Heard.

Depp, on the other hand, was very calm, almost shy, “like a total Southern gentleman,” James said.

The “Pirates of the Caribbean” actor has accused Heard of indirectly defaming him in a 2018 opinion piece that she wrote for The Washington Post. Heard refers to herself in the article as a “public figure representing domestic abuse.” The piece doesn’t name Depp. But his attorneys argue that it clearly references a restraining order that Heard sought in May 2016, right after Depp told her he wanted a divorce. 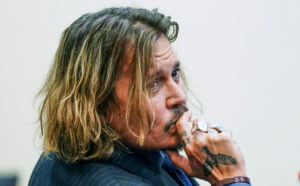 Depp denies abusing Heard, but Heard’s lawyers say evidence will prove that he did. The actor’s denials, they argue, lack credibility because he frequently drank and used drugs to the point of blacking out and failing to remember anything he did.

The video testimony from James offered an inverse view: Depp was the peaceful one, she said, while Heard was frequently intoxicated and verbally abusive, including to her own mother and sister.

“Her poor sister was treated like a dog that you kicked, basically,” James said.

James, who worked for Heard from 2012 to 2015, said she was paid “very poorly.” She said she was hired with an initial salary of $25 an hour and that her duties ranged from picking up Heard’s dry cleaning to talking with the actress’s Hollywood agents.

James said she also was tasked with picking up two copies of any magazine that featured Heard and storing them in the garage to prevent Depp from seeing them. Heard went into a “blind rage” when James failed to place the magazines in the garage, James said. 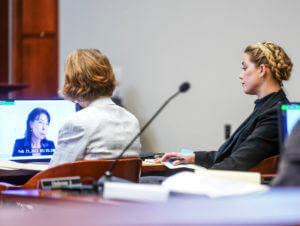 Actress Amber Heard, right, watches video testimony in the courtroom at the Fairfax County Circuit Courthouse in Fairfax, Va., Thursday, April 14, 2022. Actor Johnny Depp sued his ex-wife Amber Heard for libel in Fairfax County Circuit Court after she wrote an op-ed piece in The Washington Post in 2018 referring to herself as a “public figure representing domestic abuse.” (Shawn Thew/Pool Photo via AP)

Regarding Heard and Depp’s time together, James said Heard was a “very dramatic person” who was deeply insecure in the relationship. Heard often called James to cry and complain about Depp, she said.

“I remember one time she called me when she was alone in New York City, and she was crying and walking around the streets,” James said. She said she told Heard to go inside: “I was worried that the paparazzi might take a photo of her.”

Some of the deposition focused on a text message that Depp had sent to James after he and Heard split up. Depp’s text read: “Come over for a spot of purple and we’ll fix her flabby ass nice and good.”

A lawyer asked if “spot of purple” meant wine and whether “her” meant Heard. James said she didn’t want to speculate.

“This is the way he writes,” James said of Depp. “It’s very random and you don’t sort of question it. … He writes in a very abstract way.”

Lawyers also presented a video deposition of Laurel Anderson, a couple’s therapist who worked with Heard and Depp in 2015, when they were ages 29 and 52, respectively.

Anderson said both suffered childhood abuse. As a couple, they were engaged in “mutual abuse,” she testified.

Heard’s father beat her, Anderson said, adding, “It was a point of pride to her if she felt disrespected to initiate a fight.”

Heard would also rather be in a fight with Depp than see him leave, and “would strike him to keep him there,” Anderson said.

The therapist recalled a time when Heard told her that Depp “was ‘stepping up,’ as she would say, on a lot of drugs.”

“And she slapped him because he was being incoherent and talking about being with another woman,” Anderson said. She noted that Depp’s mother was in the hospital at the time.

Anderson said Depp told her that Heard “gave as good as she got.” She also said that in at least one session in which she saw Heard alone, the actress told her that Depp hit her. She said Heard showed her bruises, both in photos and in person.

Anderson said Heard also told her that Depp at one point allegedly said, “No one likes you. You’re getting fame from me. I’m falling out of love with you. You’re a whore.”

Anderson also said that Heard’s “jackhammer style of talking” and habit of cutting off Depp overwhelmed him.

Heard “wanted to want to divorce” but also didn’t, and was still figuring out what to do, Anderson said. “She loved him. He loved her. She wasn’t stupid. She knew that what they were doing wasn’t healthy.”

Both Depp and Heard are expected to testify at the trial in Fairfax County Circuit Court, scheduled for six weeks, along with actors Paul Bettany and James Franco and tech entrepreneur Elon Musk. 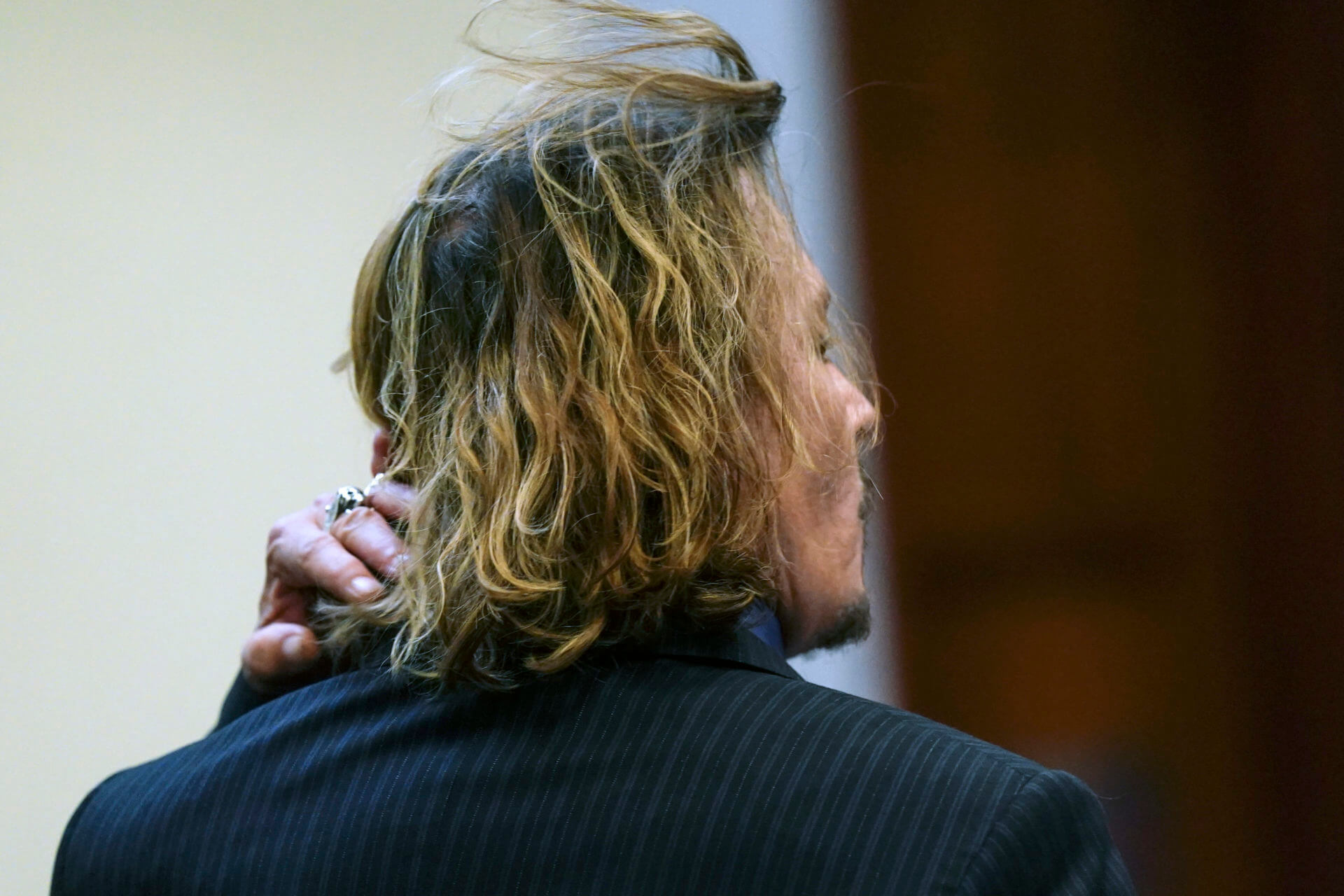 Actor Johnny Depp sits in the courtroom at the Fairfax County Circuit Courthouse in Fairfax, Va., Thursday, April 14, 2022. Actor Johnny Depp sued his ex-wife Amber Heard for libel in Fairfax County Circuit Court after she wrote an op-ed piece in The Washington Post in 2018 referring to herself as a “public figure representing domestic abuse.” (Shawn Thew/Pool Photo via AP)
MORE NEWS