LEBANON, Ohio (AP) — Defense attorneys raised questions Wednesday about whether the baby a teen mother is accused of killing was stillborn, meaning she couldn’t be guilty of murder. 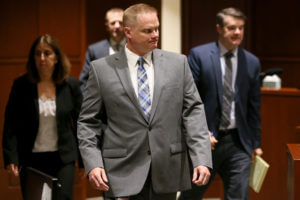 Steve Knippen, an assistant prosecutor, told Warren County jurors that Brooke Skylar Richardson tried to commit “the perfect crime,” killing an unwanted baby and trying to hide any sign that the child ever existed so she could go back to her “perfect life.”

Richardson, now 20, is accused of aggravated murder and four other felonies in the 2017 birth and death of her baby girl, whose skeletal remains were found in a shallow grave in Richardson’s backyard. Richardson faces life in prison if convicted. Her trial could last up to three weeks.

Knippen repeatedly displayed text messages and photos in which Richardson bragged about how good her body looked right after the baby was gone.

She texted such a message to her mother just hours after she “murdered a baby she didn’t want and never intended to keep,” Knippen said. He said she was “pregnant by a boy that she wanted nothing to do with.”

Attorney Charles M. Rittgers rejected prosecution claims that she confessed, saying it was a false confession that police goaded her into, pressing her to say the baby was born alive and she burned it.

An expert later admitted she was wrong after initially opining that there was evidence of burning on the baby’s bones, Rittgers said, but prosecutors “didn’t hit a ‘reset’ button” and admit they had made a mistake. Rittgers called the case “a rush to judgment.”

Rittgers said his client gave details that fit a stillbirth: the child’s skin was white, not a healthy pink, and the infant was detached from the umbilical cord and placenta. 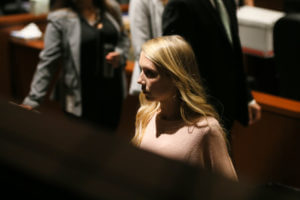 Brooke “Skylar” Richardson steps out of the courtroom ahead of the day’s proceedings, Thursday, Sept. 5, 2019

In spring 2017, Richardson was an 18-year-old Carlisle High School cheerleader when a doctor confirmed that she was pregnant. By that summer, she would be accused of murder.

Prosecution witness Dr. William Andrew testified that when he informed her on April 26 she was pregnant, she exclaimed: “I can’t have a baby! I’m going to college.”

Prosecutors said she soon began plotting “how to get rid of a baby,” even searching the internet for ideas.

That July 12, Richardson went back to the same medical practice office for a birth control prescription refill. There, Dr. Casey Boyce noted that records showed Richardson had been pregnant during her last visit in April.

Boyce asked Richardson what happened to the baby. She testified that Richardson burst into tears and said, “I had it (the baby) alone in my house and I buried it in my backyard.”

Richardson has said she gave birth to a lifeless infant by herself at home in the early morning hours of May 7, 2017 — two days after her senior prom.

Boyce’s voice cracked as she described being incredulous that Richardson had gone through the “incredibly painful” labor and delivery process_and had kept it secret. Boyce recalled this exchange with Richardson: “I’m the first person on the planet that you ever told? And she said, ‘yes.'”

Boyce said she didn’t press her but encouraged Richardson to get counseling. Boyce and Andrew subsequently agreed to tell police. 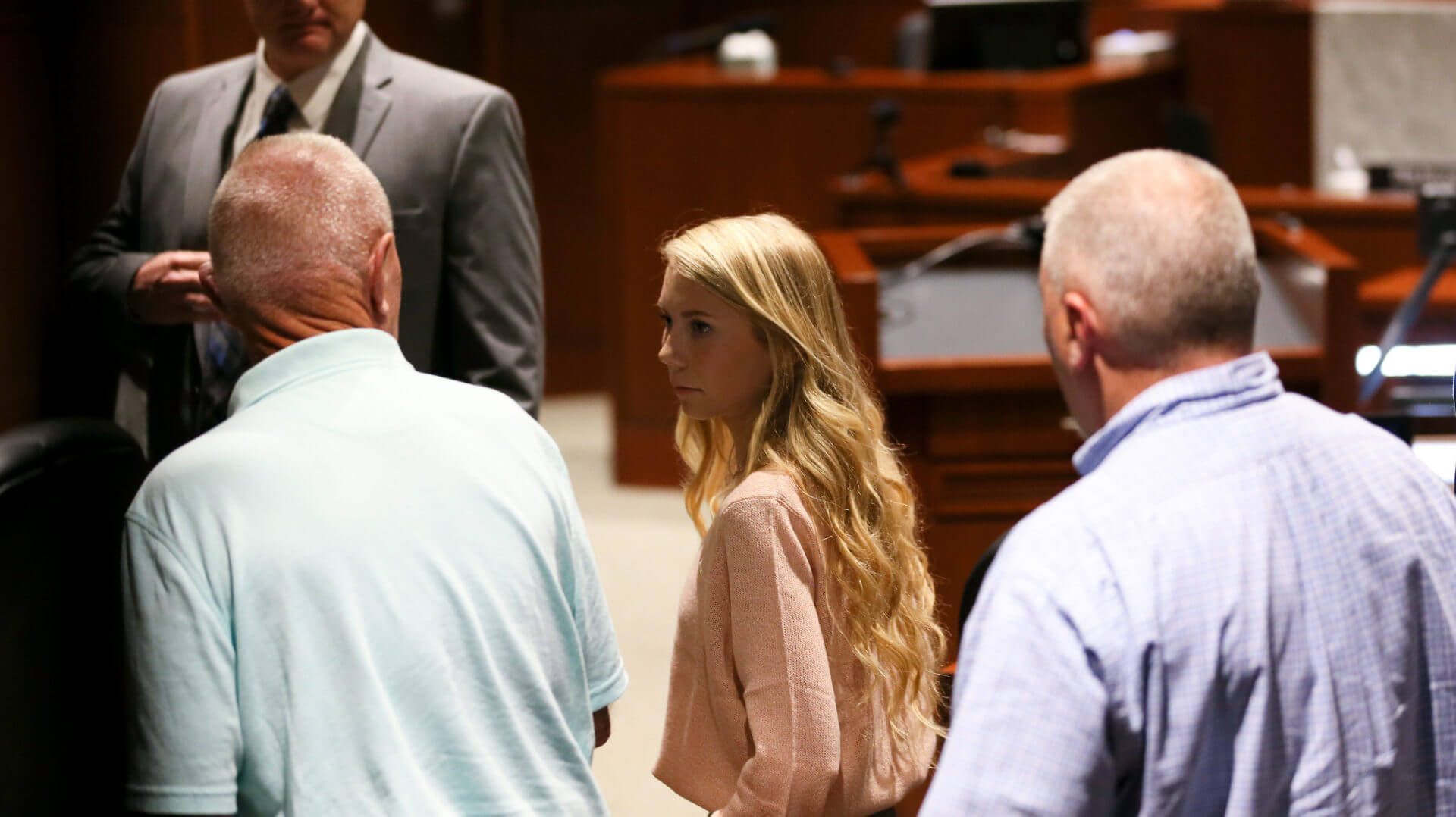 Brooke "Skylar" Richardson steps out of the courtroom ahead of the day's proceedings, Thursday, Sept. 5, 2019, in Warren County Judge Donald Oda's II courtroom at Warren County Common Pleas Court in Lebanon, Ohio. The 20-year-old is accused of killing and burying her baby in the backyard of her Carlisle home. Richardson is charged with aggravated murder, involuntary manslaughter, gross abuse of a corpse, tampering with evidence and child endangerment in the death of her newborn infant. She faces the possibility of life in prison.
MORE NEWS