Those details are contained in emails to and from German’s accused killer — former Clark County public administrator Rob Telles — in the hours before and after the elected official allegedly stabbed German. 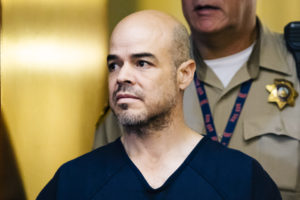 The chilling timeline provides a look at what may have been a motive for murder.

13 Investigates obtained hundreds of documents from Clark County District Court, including details from more than a dozen search warrants. We also got emails from Clark County that Telles exchanged with a deputy district attorney the day before and the day of German’s murder.

“There were signs that he might do something harmful,” said public administrator-elect Rita Reid, who says many employees in the county office believed their boss was a ticking time bomb.

“The first year he was in the office,” said Reid, “he had episodes of what I would call pure rage. And it would be the smallest little thing that would set him off.”

In May, German published his first article on the Clark County Public Administrator’s office, reporting allegations of a hostile work environment fueled by Telles’ inappropriate relationship with a subordinate, Roberta Lee-Kennett.

Video from the Review-Journal’s website shows the two getting out of the back seat of a car in a mall parking garage. 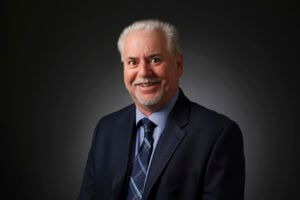 At 5:45 p.m. on Sept. 1, the night before German was killed, chief deputy district attorney Kimberly Buchanan emailed Telles and Lee-Kennett to say that, in response to public records requests, emails and team messages between the two would be provided to the Review-Journal after noon on Tuesday, Sept. 6.

That turned out to be a day German would not live to see.

“When you heard that Jeff German had been murdered, what were your first thoughts?” 13 chief investigator Darcy Spears asked Lea.

In the Las Vegas Metropolitan Police Department’s arrest report, police say Telles, dressed as a landscaper, approached German at the reporter’s home and stabbed him in the neck at approximately 11:20 a.m. on Friday, Sept. 2.

Just an hour and a half later, at 12:53 p.m., Telles responded to chief deputy DA Buchanan’s email in a business-as-usual manner, asking the county to exclude some of the documents they were going to disclose.

Telles wrote, “Frankly, Mr. German has turned even the smallest thing into an attack on me. I am fearful that he will do the same again.”

He adds, “Roberta has been having heart arrhythmia episodes that are likely linked to this. I am concerned that the release of anything else he can use might cause further severe mental anguish and potentially ill health effects for Roberta… I think we have endured enough.”

Five hours later, Telles sent a second email, listing the documents he and Lee-Kennett wanted the county to withhold.

He wrote, “While some of the attachments seem that they may be harmless, Mr. German has showed that he is not above twisting the context of information that he receives. This has all been very difficult. Many of our team members have suffered both emotionally and physically due to the articles that have been produced. Roberta and I are not the only ones who have suffered severely from all this.”

“He’s very duplicitous, from what I can see now,” Lea said of Telles.

Remember, according to Metro’s report, Telles sent both emails after he had allegedly stabbed German to death.

“You look at someone you know and wonder, ‘how do you get so evil in your heart?'” Reid said.

She reportedly told police she had a close personal relationship with Telles, admitting she was “emotionally distraught and contemplated suicide after the RJ article.”

Police served search warrants to social media giants Meta and Twitter, looking for content posted on Telles’ and Lee-Kennett’s Facebook, Instagram, and Twitter accounts, which they believe “would likely assist detectives in proving or disproving Roberta’s involvement in the murder of German.”

Search warrant records also reveal “Roberta…knew another story was about to be written reference her and Telles,” and that the two had communicated via email about the future story on Sept. 2, about four hours before German was murdered.

13 Investigates reached out to Telles’ lawyer, who declined comment.

We contacted a county spokesperson to get a message to Roberta Lee-Kennett but did not receive a response.

This story was originally published Dec. 13, 2022 by KTNV in Las Vegas, an E.W. Scripps Company.