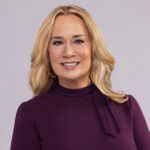 Authorities have not found her body and could not positively identify human bones as belonging to Grinstead. She cannot be laid to rest. In 2017, Ryan Duke told investigators he had a relationship with Grinstead and was responsible for her death. Then, his story changed. He states under oath that it was a false, coerced confession and that he did NOT murder Grinstead.

Ryan Duke claims Bo Dukes killed her, and he only helped Bo burn her body in a pecan grove. Bo Dukes was called to testify, but immediately pled the Fifth Amendment not testifying to anything, not even saying his name to the jury.

The jury must now consider two very different stories, and decide which to believe.

HOW DID THIS JURY DECIDE THE FATE OF RYAN DUKE?

Ultimately, the jury did not believe Ryan Duke murdered Tara Grinstead 17 years ago. The jury convicted him on just one count of concealing a death for removing Grinstead’s body from her home and hiding what he did from law enforcement.

How did the jury reach this decision? What did they do after closing arguments when they were sent back to the jury room to sort through all the evidence?

There are different approaches taken in jury deliberations. The foreperson might go through each element of the law in the jury instructions with the remaining jurors, discuss which facts they believe to be accurate, and apply each fact to each required element.

Or the jury might first examine the facts they believe are true based on evidence and then look at the law to see whether the facts prove the required elements.

The jurors might even take a quick straw poll without discussing the case to see where each juror stands. Do they all agree that the defendant is guilty without the necessity of examining the facts and law? Or not guilty?

To reach a verdict, the jury must reach a unanimous decision to convict the defendant.

What would you do?