A 91-year-old World War II veteran died after he was allegedly brutally beaten and now, a caregiver has been found guilty of elder neglect in Georgia. 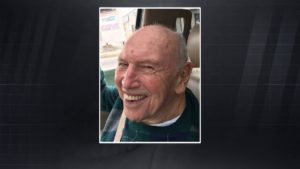 Adam Neil Bennett was a patient at Sunrise Assisted Living Facility in the summer of 2017. The father of three and grandfather of six children was placed at the facility on June 26, after he was diagnosed with dementia and needed a higher level of care.

During his nearly two months there, Bennett reportedly fell at least four times, but none of the incidents were severe as the incident in August. 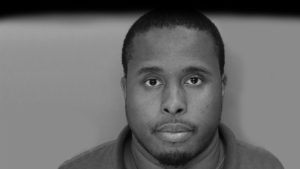 Prosecutors said then 33-year-old Landon Terrel brutally beat Bennett sometime between August 14th and 15th when the man was apparently acting agitated and taking off his adult diapers. A seemingly frustrated Terrel allegedly knowingly and willfully used his fists to violently subdue Bennett, then failed to seek medical treatment when he realized the victim was injured. According to his defense team, on some nights, Terrel would be the only aide to 20 dementia patients at the severally understaffed facility.

On August 15, Bennett was taken to Wellstar Kennestone Hospital after he was found unresponsive. Just hours before, he had left his daughter, Christine Houk, a voicemail saying, “(He) was afraid he was going to die.”

Cobb County authorities and Sunrise officials immediately opened separate investigations when it was determined Bennett was physically assaulted. According to a civil lawsuit filed against Sunrise by Bennett’s estate, he suffered “blunt force injuries to the head, chest and abdomen and fractures of the left ribs along with left renal contusions, perirenal hemorrhage and mesenteric hemorrhage.”

The next day, Terrel was arrested on multiple charges, including aggravated battery. But when Bennett died three days after the alleged assault, felony murder charges were stacked against the caregiver.

Terrel’s case went to trial on July 8, 2019. On July 17, the jury found him guilty of elder neglect, which carries a potential sentence of up to 20 years in prison. He was found not guilty of felony murder with the underlying felony of elder abuse.

June 26, 2017  Bennett was admitted to the Memory Care Unit of Sunrise at East Cobb. His daughter Christine Houk told police she moved Bennett to an assisted living facility after a mild dementia diagnosis; that way Bennett could receive a higher level of care in the facility’s memory care wing.

July 1, 2017 or July 2, 2017  Bennett was found in his bed with a bruise to his left eye.  He reported that he had fallen during the night.  Houk told police he had fallen and hit his head.

August 9, 2017  Bennett fell.  He was found on his bathroom floor.  Houk told police Bennett fell while using his walker to get to the bathroom.

4:00 a.m. Bennett leaves Houk a voicemail saying he was afraid he was going to die.  Houk told police that it was not unusual for her father to phone at strange hours, but he had never left a message so ominous.

5:30 a.m. A note was reported on Bennett’s condition saying he was behaving agitated and that he had removed his underwear/briefs. According to the Civil Lawsuit, this note was left by Terrel saying Bennett was resistant to care and was taking off his diapers.

8:00 a.m. Houk received a call from Sunrise informing her Bennett was found in his bed injured and unresponsive.

*8:30 a.m. Houk arrived at Sunrise as her father was being loaded into an ambulance.  After inquiring at the facility, Houk went to Kennestone Hospital where police were alerted to a possible battery.

11:30 a.m.  Houk received a phone call from Robyn Naraine—a staff member at Sunrise. Naraine informed Houk the facility had determined Bennett was physically assaulted and the facility was launching an investigation. Naraine informed Houk that Bennett told 2 other care managers he was assaulted by a male employee.  This male employee suspect was put on administrative leave.

5:00 p.m. Reporting Officer Wagnon phoned Sunrise staff member Robyn Naraine—8+ hours after the incident.  She claimed she was about to call the police and was delayed due to the facility’s own investigation.

August 16, 2017  A criminal Warrant for the arrest of Terrel was issued for the offense of Aggravated Battery (65 yrs or Older) and Neglect to a Disabled Adult, Elderly or Resident of Care Facility.  Terrel was arrested and booked that evening. The Warrant alleged Terrel admitted the crimes to police.

September 21, 2017  A pre-indictment request for bond was denied.

November 2, 2017  A Cobb County Grand Jury returned an Indictment for Terrel on 5 counts:

May 30, 2018 A Civil Lawsuit is filed by Bennett’s Estate against the Sunrise assisted living facility.  Per Stephen Chance, the attorney representing the family, the matter was settled and per the non-disclosure agreement, no information including the date of settlement can be disclosed. The Civil Complaint alleged, inter alia:

June 25, 2019  The defense filed documents under seal until further Order of the Court, as well as a response to the State’s demand for discovery.

July 17, 2019 Terrel found guilty of elder neglect. Found not guilty of felony murder with the underlying felony of elder abuse.

August 2, 2019 Terrel sentenced to 5 years in prison and 5 years probation.

August 14, 2019 According to the Cobb County District Attorney’s Office, Terrel agreed to waive his appellant rights on that conviction in exchange the prosecutor’s office agreed to nolle pros to Count 1.