WAUKESHA, Wis. (WTMJ) — The Darrell Brooks trial put Waukesha County Judge Jennifer Dorow in the national spotlight. That spotlight came with hundreds of letters, emails, and gifts from viewers across the country thanking her for her work.

Laura Lewis, who lives in Austin, Texas, was one of them. She hadn’t even heard of Waukesha or the Darrell Brooks trial until she saw a clip of it on TikTok. 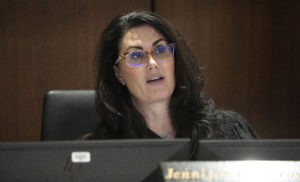 “I don’t know, it just caught my attention. I then got into a TikTok hole and then looked it up on Court TV.”

She then became one of the many pairs of eyes across the nation watching the trial unfold with Judge Dorow at the helm.

“To watch a strong woman command a courtroom in that way, but she also did it with a lot of respect for him which, I’ll be honest, I’m not sure that a lot of people would have done.”

Lewis works as a sales manager in Austin and says Dorow inspired her as a fellow woman in a male-dominated field. She wrote her an email saying thank you.

“I’m a woman in a male-dominated space and I would assume that she’s probably somewhat similar and I think when you see someone doing something like that it’s important that you let them know.”

And she wasn’t the only one.

WTMJ-TV crews went to the Waukesha County Courthouse to see what other sort of mail and reaction the judge received from the trial.

They left with a stack of 25 individual notes all praising Judge Dorow, nearly half of them also came with a bouquet of flowers. That wasn’t even a fraction of the hundreds of letters and gifts sent her way. 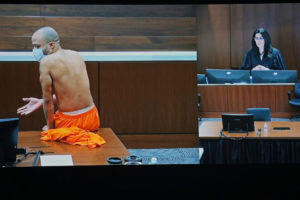 Of the 25 letters WTMJ-TV accessed, 11 states across the country were represented; from California to Pennsylvania to Massachusetts.

In the notes, the most common thing mentioned was her patience. One letter saying, “You have taught me patience and I don’t even know you.”

The clerk of Circuit Court Waukesha County says the correspondence received by the Courthouse has not yet been sent to Judge Dorow for review.

This story was originally published Oct. 31 by WTMJ in Milwaukee, an E.W. Scripps Company.