WAUKESHA, Wis. (Court TV) — The man convicted of killing six people and injuring dozens of others at a Christmas parade in 2021 was sentenced to life in prison without the possibility of extended supervision nearly a month after a jury found him guilty of all 76 charges. In total, Darrell Brooks received six consecutive life terms plus an additional 762 years.

Brooks’ mother, grandmother and a friend spoke on his behalf beforehand. Brooks delivered remarks, too, and had to be cut off at roughly the two-hour mark so Judge Jennifer Dorow could get on with sentencing. Brooks had to be removed from the courtroom twice during the judge’s emotionally charged remarks.

Each victim’s name was read aloud by Judge Dorow as she announced Brooks’ punishment.

Prosecutors argued Brooks intentionally drove an SUV through the annual Waukesha Christmas Parade on Nov. 21, 2021, striking dozens of spectators and participants. Six people died and 61 were injured as the red Ford Escape accelerated into the barricaded parade route and veered into crowds for five blocks.

It wasn’t until an officer fired his gun three times at the SUV that the driver left the parade route. The vehicle crashed in a nearby neighborhood. Brooks was apprehended at a resident’s front porch.

Investigators said, at the time of the incident, Brooks had two outstanding cases against him and a criminal history dating back to 1999. The defendant had been released from jail just days before. The day of the incident, he violated his bond conditions by meeting with his ex-girlfriend, Erica Patterson. Patterson testified he physically assaulted her during the meeting before driving off towards the parade. 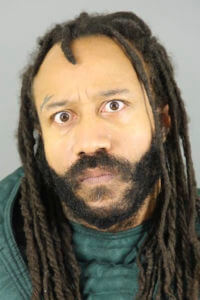 While Brooks’ alleged motive, if any, for wreaking havoc at the parade remains unknown, the criminal complaint explains that the mayhem immediately followed this domestic incident in what prosecutors may call an anger-fueled rampage.

In granting his request, Judge Dorow stated, “The bottom line is, I cannot make a finding based upon the record before me that Mr. Brooks suffers from a major mental illness that would interfere with his ability to represent himself.”

Brooks stood trial in the same county and town where the tragedy occurred. The jurors were called to a courthouse that is just minutes from East Main Street where, less than a year ago, dozens of fellow community members suffered from the bloodshed.