WAUKESHA, Wis. (Court TV) — Waukesha County Circuit Court Judge Jennifer Dorow ended what she characterized as the most challenging case of her career by imposing a sentence on Darrell Brooks that spoke to the profound loss of life and carnage he wrought on the residents of Waukesha County on November 21, 2021.

Dorow sentenced Brooks to six consecutive life sentences for the victims he killed, and an additional 762 years for the dozens of people he injured, many still recovering from debilitating physical and psychological injuries incurred when Brooks drove his vehicle through throngs of participants at last year’s annual holiday parade.

In condemning Brooks to life in prison with no chance of supervised release, Dorow found a number of aggravating factors that warranted the harshest penalty possible, including the mass casualties, his purposeful and deliberate behavior, and his lack of empathy for the victims.

She noted that Brooks spoke for more than two hours and only mentioned the victims in one sentence. Brooks said he was sorry, but in a long rambling monologue spent the majority of his time bemoaning his struggles with mental health.

“I just want to be helped. I don’t want to live inside with this pain, it’s probably not the answer you’re looking for,” said Brooks, when the judge asked him for his thoughts on what his sentence should be. “I don’t want to go somewhere and be forgotten about. It would greatly benefit me to be somewhere where I can be properly medicated.” 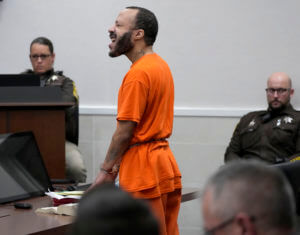 Judge Dorow noted that Brooks was evaluated by four mental health experts who opined that there was no evidence he suffered from mental illness, rather his actions last November suggest he was organized, deliberate and purposeful and that his connection to reality was not impaired.

“Do the mentally ill commit atrocious crimes? They do, this is not one of those situations,” she said. “He understands the difference between right and wrong. Some people choose evil, and Mr. Brooks you are one of those people.”

The judge heard statements from Brooks’ mother and grandmother during Wednesday’s hearing. They expressed sorrow for the lives lost and damaged, but blamed mental illness for Brooks’ actions that day.

WATCH: Darrell Brooks’ Mother Speaks On His Behalf Before Sentencing

While the judge did not dismiss Brooks’ mental health challenges altogether, she went through a lengthy analysis of the evidence, and suggested Brooks was fueled by anger and rage that day when he mowed down women and children, and used his vehicle as a ‘battering ram.’

“He could have stopped, turned his car around and gone back the way he came. He didn’t do that,” Dorow said. “He chose to drive recklessly, carelessly and maliciously through a parade route and at anyone in his path, where he struck not one, not two, or three people, but 68 different people.” 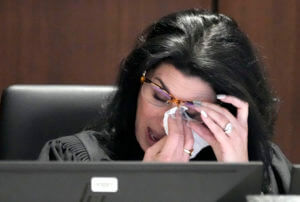 Dorow recalled the evidence presented clearly indicated an event – signs, barricades and squad cars. Brooks himself admitted that he observed many places being blocked off, she said, yet he chose to ignore the signs and the rules when he plowed through the parade route.

“The only time we heard there were brake lights, was when Jane was on top of his car and he braked so he could get her off and then run her over.”

Judge Dorow paused a number of times to dab tears from her eyes, as she became emotional recalling the testimony and the horrific images of blood and mangled bodies.

She reviewed the statements of the victims and noted highlights or ‘lowlights’ which included graphic descriptions of pain and suffering and praised the victims for being gracious and inspiring.

Brooks did not sit quietly for the proceeding and when it was time for the judge to make her remarks he became so combative and disruptive at times that she had him removed from the main courtroom to one down the hall. Brooks indicated his displeasure by repeatedly holding up a sign with ‘objection’ written on it.

When it was time for Dorow to conclude her remarks and render punishment, Brooks was brought back into the courtroom only to throw a hissy fit and berated the judge for violating his rights. The argument prompted the judge to expel him for the duration of the hearing.

Brooks heard his sentence from the confines of another courtroom alone with a few deputies standing guard, while victims and family members sat shoulder to shoulder applauding as the life sentences for each of the six murder victims was announced.