Darrell Brooks faces 76 charges in connection with the mayhem last November in Waukesha, a Milwaukee suburb, including six counts of first-degree intentional homicide. He would face mandatory life in prison if convicted of any of the homicide counts.

Waukesha County District Attorney Susan Opper focused on Brooks’ intent during her closing arguments as Brooks’ monthlong trial wound down. His failure to stop after hitting the first person in the parade shows he intended to kill people, she said. 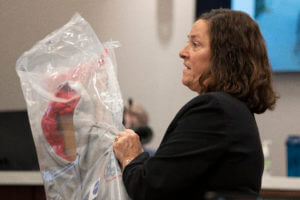 Waukesha County district attorney Susan Opper holds a sweatshirt that was worn by Darrell Brooks during closing arguments in his trial in Waukesha County Circuit Court on Tuesday, Oct. 25, 2022, in Waukesha, Wis. Brooks, who is representing himself during the trial, is charged with driving into a Waukesha Christmas Parade last year, killing six people and injuring dozens more. (Mark Hoffman/Milwaukee Journal-Sentinel via AP, Pool)

She concluded her remarks by playing a video of what she said was “the carnage” Brooks caused in the parade.

The livestream The Associated Press has been using to view the trial proceedings did not pan to the video, but Judge Jennifer Dorow appeared to wince at one point while viewing it, and Deputy District Attorney Lesli Boese appeared to choke back tears.

Brooks initially pleaded not guilty by reason of mental disease but withdrew the plea in September without explanation. Just days before his trial began Oct. 3, he dismissed his public defenders and elected to represent himself.

He has spent every day of the trial arguing with Dorow, refusing to recognize his own name and insisting the state has no jurisdiction over him. Multiple times, the judge has had bailiffs move him to another courtroom where he could watch the proceedings via video but she could mute his microphone when he became disruptive. 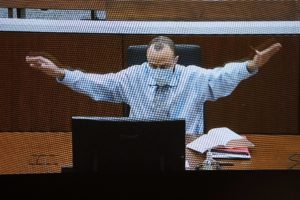 Darrell Brooks attempts to get the court’s attention as he appears via video from an adjacent courtroom due to his continuous interruptions of Waukesha County Circuit Court Judge Jennifer Dorow during his trial in Waukesha County Circuit Court on Tuesday, Oct. 25, 2022, in Waukesha, Wis. Brooks, who is representing himself during the trial, is charged with driving into a Waukesha Christmas Parade last year, killing six people and injuring dozens more. (Mark Hoffman/Milwaukee Journal-Sentinel via AP, Pool)

The judge allowed him to give his closing arguments to the jury in person on Tuesday. He tried to argue that the SUV had been recalled due to a throttle malfunction. After Opper objected — a Wisconsin State Patrol vehicle inspector testified earlier in the trial that the vehicle was in good working order, including the brakes — he suggested the driver might have panicked. He noted that some witnesses testified they heard the SUV’s horn honking.

He didn’t quite acknowledge he was the driver but said that at night when he’s alone in his cell he often asks questions how “this” happened. But he has never asked himself if “this” was intentional because he knows it wasn’t. He didn’t explain what he was referring to with the word “this.”

“You need to look in the mirror, Mr. Brooks,” Opper said during her rebuttal. “Your actions are that of a murderer. ”

Prosecutors allege Brooks got into a fight with his ex-girlfriend on the streets of Waukesha as the parade was starting Nov. 21, fled in his SUV and drove it into the parade. Opper told the jury that she doesn’t know why Brooks entered the parade other than he was enraged. 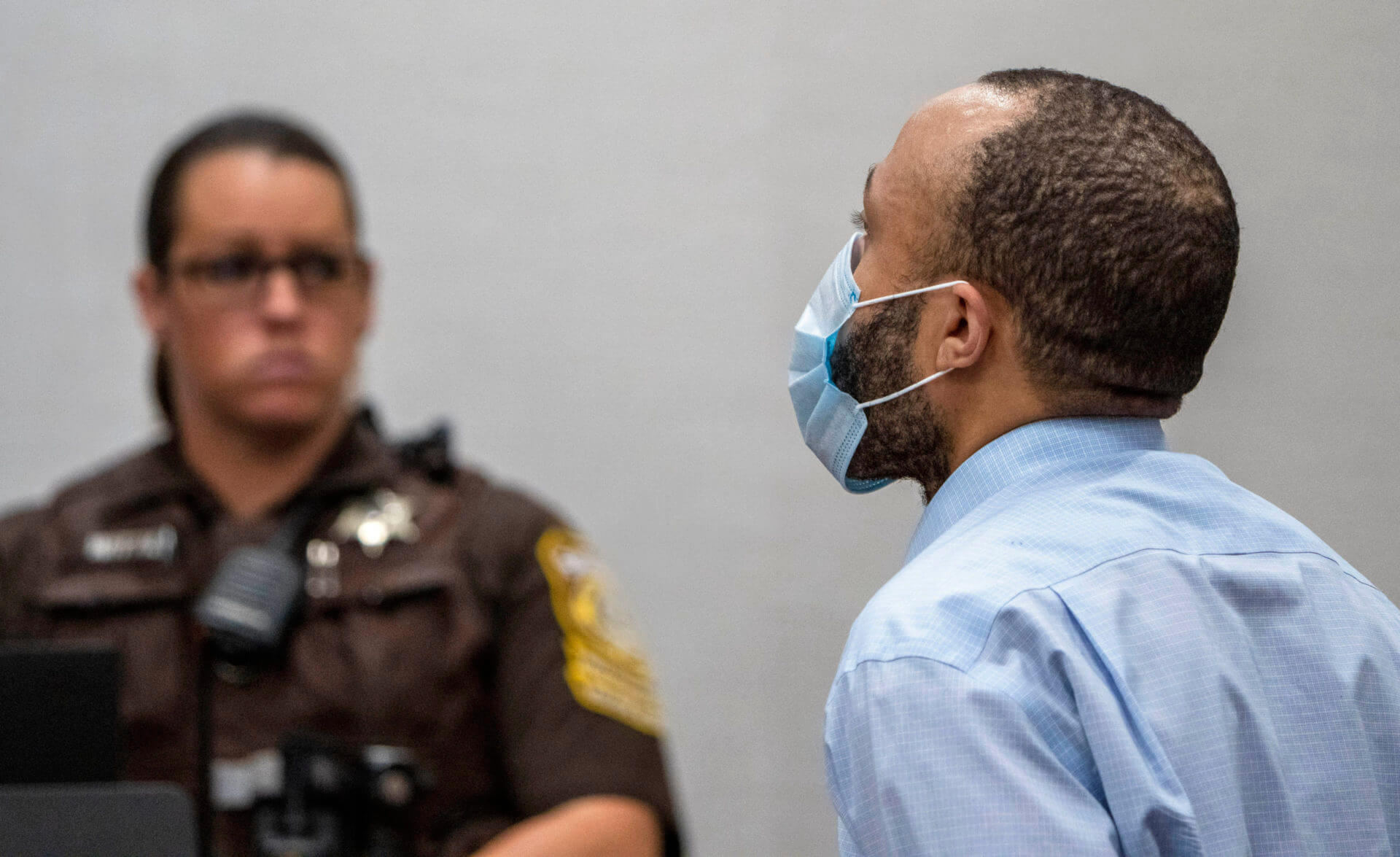 Darrll Brooks addresses the court during his trial in Waukesha County Circuit Court on Tuesday, Oct. 25, 2022, in Waukesha, Wis. Brooks, who is representing himself during the trial, is charged with driving into a Waukesha Christmas Parade last year, killing six people and injuring dozens more. (Mark Hoffman/Milwaukee Journal-Sentinel via AP, Pool)
MORE NEWS