BELLEFONTE, Pa. (AP) — A judge dashed the hopes of former Penn State assistant football coach Jerry Sandusky for a shorter prison term Friday, resentencing him to the same 30-to-60-year term imposed against him in 2012 for sexually abusing children. 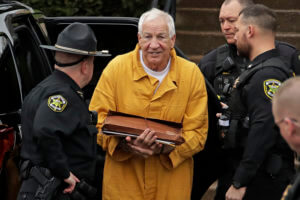 Judge Maureen Skerda gave Sandusky what prosecutors and his own attorney described as effectively a life term during a hearing ordered this year by an appeals court.

Sandusky, 75, in a mustard yellow prison jumpsuit, again asserted his innocence and choked up twice during brief remarks in open court before the sentence was handed down.

“I apologize that I’m unable to admit remorse for this because it’s something that I didn’t do,” Sandusky told Skerda.

He told the judge about a recent phone call with an unnamed woman who formerly worked for The Second Mile, a charity he founded for at-risk youth that he used to find and groom child victims.

Sandusky said the woman ended the phone call by telling him she loves him.

“No matter what, nobody or nothing will ever be able to take away what’s in my heart. And that was just one. There are many, many, many more,” he said, people he “had every opportunity to betray and didn’t.”

He ended with a message to people who support him. About a dozen were in the courtroom, including his wife, Dottie.

“To those supporters out there, I just want to say I love you,” he said, sobbing as he sat down.

Prosecutor Jennifer Buck, of the state attorney general’s office, described problems Sandusky has had in state prison, including disputes about returning his meal tray, resistance to being moved from his cell and complaints about phone calls, access to shaving equipment, and not being able to access his computer tablet.

“It’s a failure to take responsibility, claiming that he is the victim, which is a theme throughout this case, and that it’s his rights that are being violated,” Buck told the judge. 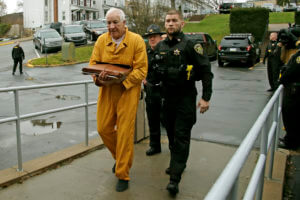 Sandusky attorney Al Lindsay noted he had recently received several letters that attested to Sandusky’s character and to good deeds he has performed. Lindsay also noted that Sandusky spent more than five years in solitary confinement because prison administrators were concerned for his safety.

If Sandusky’s assertions of innocence are the truth, he said, it would be “the worst injustice in the history of American jurisprudence.”

Attorney General Josh Shapiro said in a written statement that “justice was again achieved for his victims and they can close this chapter knowing that this predator will remain behind bars for the rest of his life.”

A state appeals court this year turned down most of Sandusky’s arguments seeking a new trial but said laws mandating sentence minimums in place at the time of his October 2012 sentencing had since changed.

Current state law does not include mandatory minimums that would apply in this case, according to Jacklin Rhoads, a spokeswoman for Shapiro, but if there were, a jury would have a role to play if prosecutors were seeking them.

Sandusky was convicted of 45 counts of child sexual abuse in 2012. Skerda ticked off count after count, including involuntary deviate sexual intercourse, indecent assault and unlawful contact with minors. 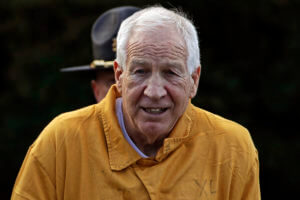 Victims said at trial that Sandusky subjected them to a range of abuse, from grooming to violent attacks. A victim advocate read several letters to the judge on Friday from the men who testified at trial or their relatives.

The letters described the effect of their abuse as boys and in the years since, including anxiety, difficulty with family and social relationships and anger about what occurred.

One of them, described as Victim 4 in court records, said he does not forgive Sandusky and spoke of efforts to “attack us as if we had done something wrong.”

“We both know exactly what happened,” Victim 4 wrote. “You should be ashamed of yourself.”

His November 2011 arrest prompted the firing of Hall of Fame head coach Joe Paterno and the ousting of then-university President Graham Spanier.

The university has subsequently paid more than $100 million to people who said they had been abused by Sandusky.

This story has been corrected to show that current Pennsylvania law has a role for juries in imposing mandatory minimums, not that a jury would not have the power to go below a minimum sentence. 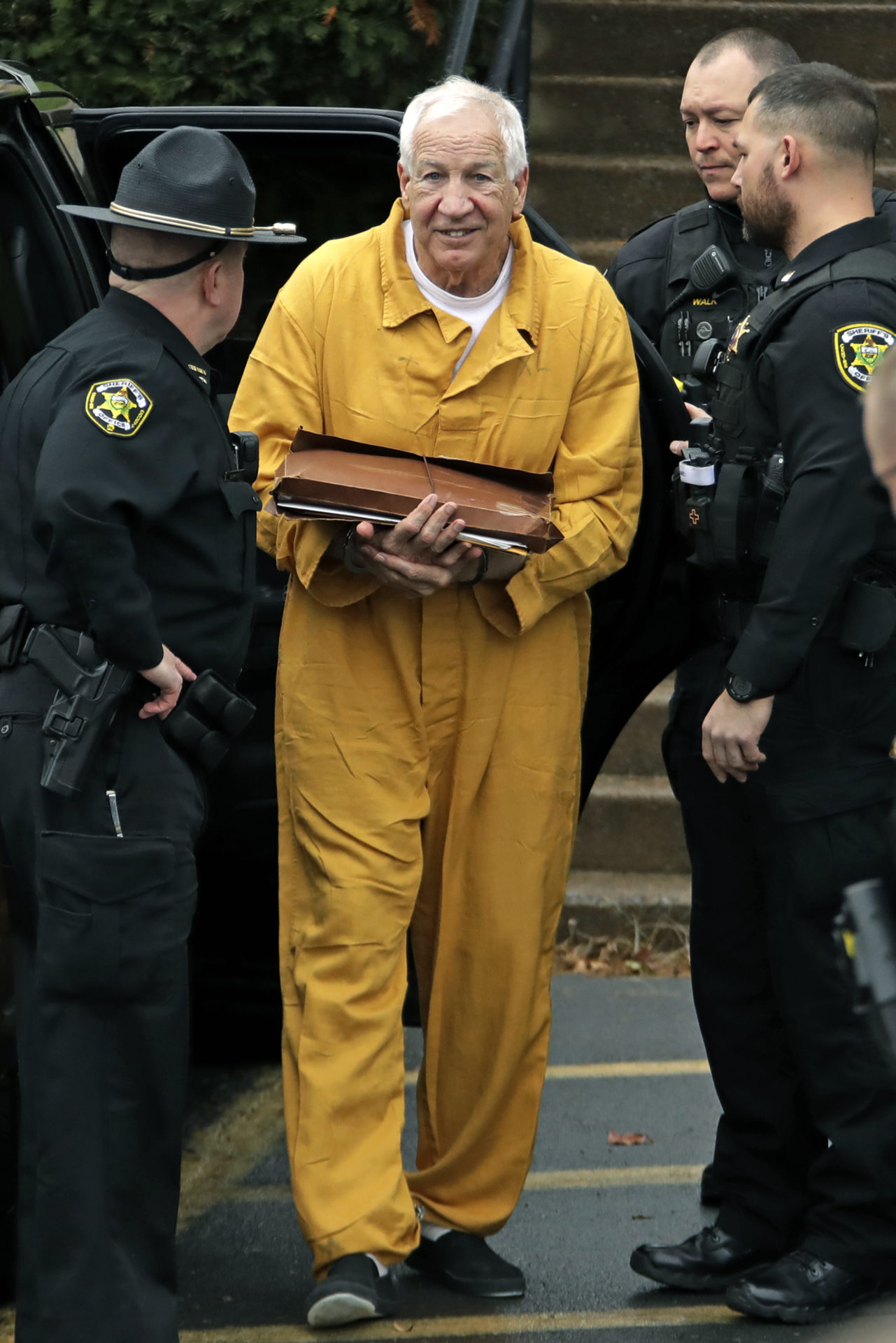