SALINAS, Calif. (KSBY) — The fate of Paul Flores is now in the hands of jurors.

Closing arguments for Paul, who is charged with the 1996 murder of Kristin Smart, wrapped up Tuesday afternoon.

The trial for Paul and his father, Ruben, began with opening statements on July 18.

It’s taking place in Monterey County after a judge ruled it was likely the pair would not receive a fair trial in San Luis Obispo County.

The prosecution Monday told jurors the “truth is, Kristin Smart is dead and the evidence is clear that she was killed by Paul Flores.”

Paul’s defense attorney, Robert Sanger, later fired back, saying that the case is straight forward: “There is no evidence of a murder, so that is really the end of it.” 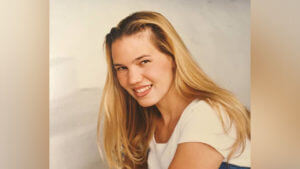 Paul and Ruben were arrested and charged in April 2021 in connection with Kristin’s disappearance.

Paul was charged with murder. The prosecution says he raped or tried to rape Kristin prior to her death. Ruben is charged as an accessory, accused of helping hide the Cal Poly freshman’s body, which has never been found.

Much of the testimony during the trial surrounded searches conducted at Ruben’s Arroyo Grande home and a hole some testified was dug that contained soil staining.

Sanger continued his closing arguments Tuesday, bringing into question the credibility of witnesses brought forth by the prosecution throughout the trial.

Sanger started the morning by talking about a question one of the jurors had regarding the testimony of Adela Morris, a dog handler whose dog searched Paul Flores’s dorm shortly after Kristin’s disappearance.

The question was about whether Morris’ dogs could alert on vomit and “whether that was right.” Sanger brought up false alerts and said, “We’ve seen them in this case. The prosecution brings in a dog handler in the case and says, ‘That’s a good question.’ It has to be answered by the prosecution. It may seem unfair, but it’s the way it works in our country. The People have to prove it. In the end, it is your job after weeks of trial to figure out what this is all about.”

Following that, Sanger talked to jurors about “uncharged acts” witnesses brought forth in the case, saying two women came forward alleging Paul Flores raped or attempted to rape them. Sanger said, “He’s charged with murder, not rape or attempted rape.”

He went on to tell the jurors that if Paul took advantage of them, “That’s wrong, that’s bad, that’s a crime he can be convicted of, but that’s not your job. What you have to decide is whether Paul Flores committed murder.”

Sanger attacked the credibility of other witnesses that came forward to law enforcement decades after Kristin’s disappearance, saying that it’s too much of a coincidence that after all these years, they finally decided to tell their side of the story. There’s “too much publicity.”

Later in the morning, Sanger said, “It’s probable that something happened to her, but what was it? Did she go somewhere else? What was she doing? We don’t know. You can’t fill in the blank with ‘I bet I know’ because that’s not how this works.”

Sanger told the jurors that they needed to question whether the expert witnesses for the prosecution are actually experts. At one point he said, “It’s junk science coming into the courtroom.”

Sanger questioned whether the types of tests conducted on the soil under the deck in the backyard of Ruben’s Arroyo Grande home were validated by studies from experts in those specific fields of study.

Sanger finished his closing arguments by telling jurors, “You must decide the case for yourself. It depends on all 12 of you to deliberate to show whether there’s proof beyond a reasonable doubt. The only proper verdict in this case is not guilty.”

Following the nearly six hours of closing arguments from Sanger Monday and into Tuesday, the prosecution had a chance for a rebuttal.

In the afternoon, San Luis Obispo County Deputy District Attorney Chris Peuvrelle told jurors that “The only at-risk behavior Kristin Smart participated in that night was existing in the same zip code as Paul Flores.”

He continued on to say, “Still no alibi for Saturday morning because he was murdering Kristin Smart and hiding the body with his dad.”

Peuvrelle finished his rebuttal by telling jurors, “Sometimes we tell our kids monsters do not exist, but they do. I ask you to render a truthful verdict that Paul Flores is guilty of 1st degree murder.”

Sanger filed a motion for a mistrial, but the court denied that motion.

Paul’s jury was sent to begin deliberations around 3 p.m. Tuesday. Jury instructions for Ruben’s case were given to his jurors by the judge moments later.

Closing arguments are scheduled to begin in his case Wednesday morning.

If verdicts are reached, they will be read back-to-back.