DAYTONA BEACH, Fla. (AP) — A former criminal justice major and college cheerleader was convicted in the killings of three Florida women who were working prostitutes more than 15 years ago. 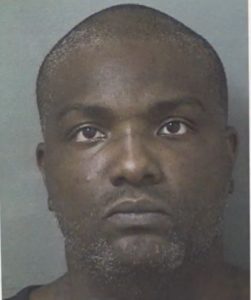 Jurors deliberated more than eight hours before returning the guilty verdict against Robert Hayes, who was linked by DNA evidence to the three victims after another killing in Palm Beach County, where he had been working as a chef until his arrest in 2019.

Hayes, 39, showed no reaction as the clerk read the jury’s verdict Tuesday evening, The Daytona Beach News-Journal reported. Prosecutors will seek the death penalty during the sentencing phase beginning next week.

Hayes graduated in 2006 from Bethune-Cookman University in Daytona Beach. The victims were found slain in the city his senior year.

The body of Laquetta Gunther, 45, was found in a gap between an auto parts store and a mostly empty utility building around Christmas 2005. Julie Green, 34, was found Jan. 14, 2006, on a dirt road at a construction site. The body of 35-year-old Iwana Patton was found that Feb. 24 along a dirt road. All were nude, lying face down, shot in the head.

The deaths caused widespread panic among sex workers in the Daytona Beach area, resulting in some of them working with investigators to memorize license plates and vehicle descriptions. 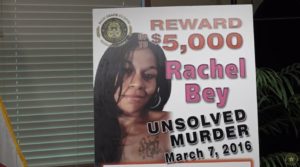 Hayes also is accused in the killing of Rachel Bey, 32, a prostitute whose body was found, strangled and with her jaw and teeth broken, on March 7, 2016, near Jupiter in Palm Beach County. It took three more years before investigators said DNA recovered from all four killings led them to arrest Hayes at his home in West Palm Beach.

Years earlier, authorities investigating the Daytona Beach killings questioned Hayes twice, but didn’t arrest him, as they looked into everyone in the area who had recently purchased a .40-caliber handgun similar to the one used against the first three victims, the newspaper reported. Police said he bought the gun in 2005, shortly before the first victim was killed.