TOPEKA, Kan. (AP) — Kansas’ highest court wrestled Monday with whether a man invoked his right to remain silent before making statements that were key to him being convicted of capital murder in the fatal shootings of three adults and a toddler.

Kyle Trevor Flack is asking the state Supreme Court to overturn his death sentence and convictions for capital murder and other crimes. A jury in Franklin County, about 50 miles (80 kilometers) southwest of Kansas City, found him guilty in 2016 of the April 2013 shootings of Kaylie Bailey, 21, from the Kansas City area; her 18-month-old daughter, Lana; Andrew Stout, 30, of Ottawa in Franklin County, and Steven White, 31, also from Ottawa. 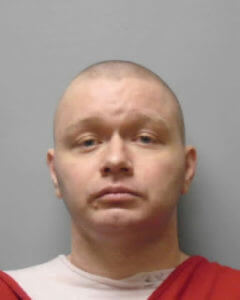 The adults’ bodies were found on a farm, while the toddler’s body was found in a suitcase in a rural creek.

Flack’s state-appointed attorney for his appeal raised numerous issues both about his trial and the separate hearing in which the jury recommended the death penalty. But the Kansas Supreme Court’s hearing Monday focused heavily on whether prosecutors should have been allowed to present as evidence incriminating statements Flack made about White’s murder.

“That is something that objectively reasonable officers would recognize as an invocation of these rights,” Perkins told the court.

But Kristafer Ailslieger, the state’s assistant solicitor general, argued that before his incriminating statements, Flack never told officers explicitly that he wanted to end the interview.

“It has to be clear and unambiguous,” Ailslieger said, quoting the U.S. Supreme Court’s standard on the issue. “Which we don’t have in this case.”

Flack is one of nine men on death row in Kansas, which has not executed anyone since 1965. The Supreme Court is expected to take at least several months to issue a ruling in Flack’s case.

Even after Flack’s trial, it wasn’t clear what led to the shootings, which detectives believe happened over separate days. The defense argued that Flack, who was 28 at the time of the crimes and is now 36, suffered from a severe mental illness that caused him to hear voices throughout adulthood.

Prosecutors said they had strong circumstantial evidence linking Flack to the crimes in addition to his incriminating statements.

The court’s seven justices peppered both sides with questions about whether Flack’s statements about wanting to be taken to jail in effect was a demand to end his interrogation so that he could remain silent and rely on his constitutional right not to incriminate himself. Officers eventually did cut off their interview.

Yet Justice Evelyn Wilson wondered whether Flack had to use “magic words” to invoke his right to remain silent.

Justice Dan Biles said the video recording of the interrogation suggested that one officer understood that Flack wanted to stop it, and she told him, “Help yourself, Kyle,” which seemed to be “a signal to keep talking.”

“And I’m troubled by that,” Biles said.