SALINAS, Calif. (KSBY) – One of two verdicts has been reached in the Kristin Smart Murder Trial.

Monterey County Superior Court Judge Jennifer O’Keefe went on the record Monday to announce that the jury for Ruben Flores has reached a verdict in the case against him.

The verdict for Ruben won’t be read until one is also in for Paul’s case and at that time, they will be read back-to-back.

Also during Monday’s hearing, Paul’s attorney, Robert Sanger, filed a motion for mistrial after saying his private investigator saw a member of the prosecution hugging one of Kristin Smart’s family members. 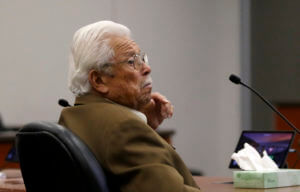 Ruben Flores in the courtroom waiting for the judge. The jury for Ruben FloresÕ criminal trial has reached a verdict on Oct. 17, 2022 in the Monterey County Superior Court in the Kristin Smart murder case. The verdict will remain sealed until the Paul Flores verdict is determined. (Laura Dickinson/The Tribune San Luis Obispo)

Two teams of 12 jurors have been deliberating separately since earlier this month. Closing arguments for Paul’s case wrapped up the afternoon of Tuesday, Oct. 4. Closing arguments in Ruben’s case concluded the following day; however, deliberations have not taken place every day and an alternate was seated on Ruben’s jury late last week.

Paul Flores and his father, Ruben, were arrested on the morning of April 13, 2021, at their separate homes in connection with the May 1996 disappearance of Kristin Smart.

Paul, 45, was charged with first-degree murder. Authorities allege he killed the 19-year-old Cal Poly freshman while trying to rape her. Witnesses say Paul Flores was the last person to be seen with Kristin Smart prior to her disappearance.

Ruben Flores, 81, is charged with accessory after the fact, accused of helping cover up the alleged crime. He posted $50,000 bond shortly after his arrest and was released from custody. Paul was denied bail and has been in custody ever since.

The prosecution told jurors during closing arguments that the evidence is clear and shows Kristin Smart is dead and was killed by Paul Flores; however, the defense argues that the case is straightforward and there is no evidence of a murder.

While Kristin’s body has never been found, she was declared legally dead in 2002. 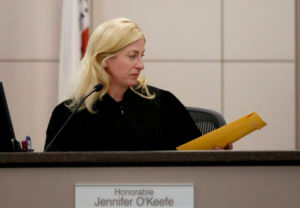 The trial for the pair got underway in a Salinas courtroom on July 18 after a San Luis Obispo County Judge ruled in March that Paul and Ruben Flores would likely not receive a fair and impartial trial in the county, mainly due to years of publicity in the case and San Luis Obispo County’s size.

While Paul and Ruben Flores were tried together, they each had separate juries, who heard separate opening statements and closing arguments and at times, were not permitted in the courtroom if evidence or testimony presented only pertained to one defendant’s case.

Dozens of witnesses were called to testify over the course of the trial, including Kristin’s parents, college friends, forensic analysts, detectives, and acquaintances of Paul Flores, some detailing interactions or conversations they had with him around the time Kristin went missing.

Law enforcement who handled the early parts of the investigation were also called to the stand along with two women who testified to having been sexually assaulted and raped by Paul Flores in Southern California.

The verdicts will be read one after the other with only Paul’s jury in the courtroom when his verdict is announced — the same for the reading of Ruben’s verdict with his jury. 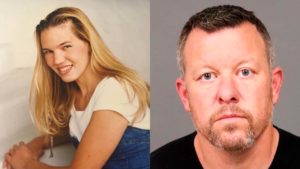 It’s unknown when that will take place.

Members of the Smart family have been in the courtroom over the course of the more than two-month-long trial.

Susan Flores, Paul’s mother, was in attendance for the beginning and ending portions of it as well.

Monterey County Superior Court Judge Jennifer O’Keefe has denied audio or video recordings of the trial and is allowing still photography only. The verdicts will not be live-streamed due to the restrictions of the courtroom.