GREEN BAY, Wis. (Court TV) – A Wisconsin man convicted of murdering his missing wife eight years ago has been sentenced to life in prison without the possibility of parole. In February, a jury found 75-year-old James Prokopovitz guilty of first-degree murder in the presumed death of Victoria Prokopovitz. Victoria was last seen in April 2013. Prosecutors successfully argued James killed his wife to be with another woman.

GREEN BAY, Wis. (Court TV) – Authorities believe James Prokopovitz killed 59-year-old Victoria Prokopovitz around April 25, 2013. Her body was never found. He reported his wife of 22 years missing on April 26, claiming he last saw her the night before. When he woke up around 4:00 a.m., she was gone, but her purse and cell phone were on the kitchen table. Prokopovitz says he then went to work, calling 911 when he returned home around 1:00 p.m.

During the search, authorities say the only person Prokopovitz informed of Victoria’s disappearance was her son, Wes Edges. They also claim he didn’t seem worried, including telling relatives searchers were “wasting their time” and “She is dead… She is never coming back.” 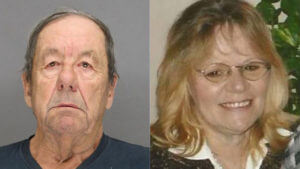 Prosecutors allege Prokopovitz killed Victoria to have an affair with his old girlfriend, Kathy Friday. However, the two claimed for years that they reconnected after Victoria’s disappearance until 2019. The same day they appeared in court, repeating the lie on the witness stand, they came clean in written statements. Prokopovitz said he lied because he was “concerned what people would think if they found out (he) was involved with another woman so soon after (Victoria) went missing.”

They were each charged with perjury and conspiracy to commit perjury. After pleading guilty, Kathy took her own life in 2020. Prokopovitz is also charged with first-degree intentional murder for Victoria’s death.