GREAT FALLS, Mont. (AP) — A Montana man who was serving a life sentence for killing three people when he was 17 now has the opportunity to seek parole. 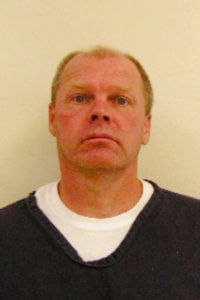 Keefe petitioned for resentencing in 2017 based on U.S. Supreme Court rulings between 2012 and 2016 that require judges to take into consideration a juvenile’s lack of maturity, undeveloped sense of responsibility, and their family and home environment when sentencing them.

Keefe was three months shy of his 18th birthday in October 1985 when he broke in to the home of David and Constance McKay south of Great Falls, killing them and their daughter, Marian McKay Qamar, 40, who was visiting from Seattle. Qamar’s 3-year-old daughter was in the house but wasn’t injured.

Former District Court Judge Greg Pinski upheld Keefe’s life-without-parole sentence at the end of a 2019 hearing though a psychologist, a former Montana State Prison supervisor and a former warden testified that Keefe had matured, made progress toward rehabilitation and could be successful outside prison.

The state argued that the court did not have to consider post-offense evidence of rehabilitation. Still, the state presented evidence of Keefe’s early bad behavior in prison and that he had three skull tattoos, which they argued showed a lack of remorse.

While Keefe had 47 convictions prior to the killings, he also had a rocky and abusive early childhood, his attorney argued before Pinski.

The Montana Supreme Court ordered a new sentencing in January, saying Pinski had written his decision before the hearing and did not take into consideration Keefe’s rehabilitation in prison.

On Friday, Keefe called his actions deplorable and reprehensible and apologized to the victims’ families for the killings and for bringing them back into court. He said that at the time of the crime, he was a liar and a cheat looking for easy money who did not consider consequences and how his behavior affected others.

Tavie McKay, another daughter of the McKays and sister to Marian Qamar, described Keefe’s “wanton execution” of her family.

Muña Qamar, who was in the house when her mother and grandparents were killed, broke down, saying she couldn’t remember her mother. She said Keefe caused her lifelong trauma.

A probation and parole officer testified that the Department of Corrections will have to do some calculations to determine when Keefe would be eligible to seek a hearing before the parole board.