Immediately after the verdict was read, the judge began sentencing proceedings. Family members were given the opportunity to make impact statements prior to the judge imposing his sentence. Josephson’s mother spoke first.

COLUMBIA, S.C. — On March 29, 2019, 21-year-old Samantha Josephson spent time with friends in the Five Points area of downtown Columbia, S.C. When the evening wound down, Josephson got into a vehicle she believed was her Uber. The University of South Carolina senior disappeared that night.

Josephson’s body was discovered the following afternoon, and her alleged killer now faces trial. 27-year-old Nathaniel Rowland is charged with murder and kidnapping. He denies the charges.

Surveillance footage from a local business shows Josephson getting into a black sedan around 2:00 a.m. When her roommates began to panic because she hadn’t come home, Josephson’s boyfriend tracked her phone as it traveled away from Columbia.

About 14 hours later, turkey hunters found Josephson’s body in a wooded area 65 miles east of Columbia. She had been stabbed over 30 times, and her remains had to be positively identified by DNA analysis. 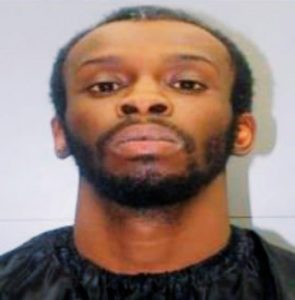 Rowland was arrested on March 30, 2019. He had reportedly returned to Five Points in the same vehicle — a black Chevrolet Impala that matched the description of the car Josephson had gotten into. He was apprehended after a brief foot chase.

A motive is unclear, although it was revealed during Rowland’s June 2020 bond hearing that Josephson’s debit card was used twice following her disappearance, and someone attempted to sell her cell phone to a store for $300.

It was revealed at that same bond hearing that blood matching Josephson’s DNA was found in Rowland’s Impala, according to the Associated Press. Law enforcement also found cleaning products and hair in the vehicle. Upon inspection, authorities discovered the vehicle’s child locks were activated, and Josephson likely was trapped in the car.

Richland County, S.C. Judge DeAndrea G. Benjamin denied Rowland’s request for bond on the grounds that he could be considered a danger to society, the Associated Press reported.

Rowland, who is from New Zion in Clarendon County, S.C., has been held in the Richland County jail since his 2019 arrest. If convicted, he faces up to life in prison without parole.

Josephson’s parents, Seymour and Marci Josephson, have spearheaded efforts to ensure ride-sharing companies work to help passengers confirm exactly who is picking them up. Since Josephson’s murder, identification numbers have been added to rideshare apps that match riders to the correct drivers.

In South Carolina, as well as many other states, it is now a legal requirement that license plate numbers be displayed on the windshields of rideshare vehicles, such as Uber and Lyft. Josephson’s parents also started the #WhatsMyName movement, which encourages passengers to ask their drivers what their names are so that they are correctly matched.