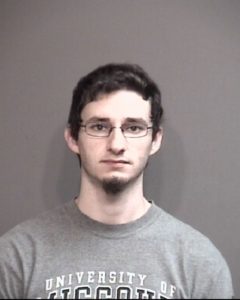 COLUMBIA, Mo. (AP) — A Columbia man accused of killing his Chinese wife pleaded not guilty Monday to abuse charges related to the couple’s child but a plea in his wife’s death was delayed.

Joseph Elledge is charged with first-degree murder in the killing his wife, Mengqi Ji, who has not been seen since early October. A grand jury indicted him Friday on the murder charge, as well as child abuse, child endangerment and third-degree domestic assault.

An initial plea on the murder charge was delayed Monday until Elledge can secure a lawyer for that case, KMIZ-TV reported.

Prosecutors initially charged Elledge with child abuse and endangerment for alleged crimes involving the couple’s 1-year-old daughter but not directly related to the murder charge.

Prosecutors allege Elledge killed Ji because he wanted to avoid a costly divorce and ensure that she didn’t flee to China with their daughter. Investigators believe Elledge strangled his wife and dumped her body in a remote area, according to court documents.

Despite repeated searches, authorities have not located Ji’s body.