BELCAMP, Md. (WMAR) — By the time medics arrived at the Belcamp, Maryland house late Friday, it would be too late to save the life of three-year-old Maria Barlow.

“Unfortunately, the young child was pronounced deceased upon arrival at Upper Chesapeake Hospital and through the investigation, there were signs medical staff brought to our attention—signs of abuse were apparent, obvious,” said Harford County Sheriff, Jeffrey Gahler. 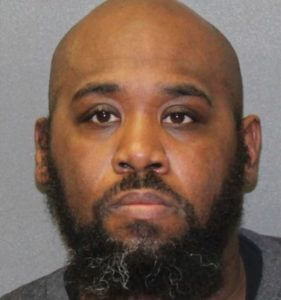 Investigators arrested 42-year-old Randolph Mack who had allegedly taken the young girl into a bathroom to talk to her about wetting her pants when things turned physical.

Nearly eight hours after the assault of the three-year-old, Barlow’s aunt called 911 to report that she was in cardiac arrest and she suggested her injuries may have come from an attack by her nine-year-old brother.

She later confessed that Mack asked her to shift the blame to Barlow’s sibling, and she only called 911 after he had left the house.

“To know an adult… again, you can’t use a word other than a ‘monster,’ who would inflict such damage on a child and then let that child sit there unattended for a period of time before summoning medical help. And then make up a story and try to put the blame elsewhere—that is not a human,” said Gahler. “To me that is so inhumane, I call it a ‘monster’.”

Since the young girl’s death, police have received an additional report of abuse involving another alleged victim, and they fear others may be out there that they’re encouraging to step forward.

Barlow’s death came less than a week before she would have celebrated her fourth birthday.

This story was originally published June 8, 2022 by WMAR in Baltimore, an E.W. Scripps Company.