Wednesday marked the anniversary of when 23-year-old Jody LeCornu was found shot to death inside her vehicle in Towson, Maryland.

That night, detectives believe Jody was at the Mount Washington Tavern, a local bar, until close before heading to the nearby Curb Shoppe Bar. 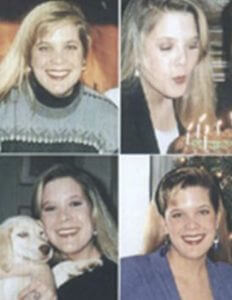 After that she drove to a shopping center.

While sitting inside her car in the parking lot, Jody was approached by an unidentified man who is believed to have shot her.

Jody tried driving away, but could only make it across the street.

It was there police say the gunman reached into Jody’s car and took something, before fleeing in a white BMW.

Unfortunately, that’s all detectives know since fingerprints found on the vehicle provided no leads.

If you have any information, call Metro Crime Stoppers at 1-866-7Lockup. You could be eligible for a cash reward.

This story was originally published March 2, 2022 by WMAR in Baltimore, an E.W. Scripps Company.