PARCHMAN, Miss. (AP) — A man who raped and killed a 16-year-old girl in Mississippi was put to death by lethal injection on Wednesday, becoming the second inmate executed in the state in 10 years. 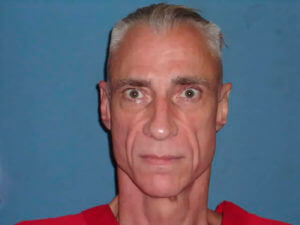 FILE – This May 25, 2022, photo released by the Mississippi Department of Corrections shows Thomas Edwin Loden Jr., who is set to receive a lethal injection at the Mississippi State Penitentiary in Parchman, Miss., on Wednesday, Dec. 14, 2022. He’s been on death row since 2001, when he pleaded guilty to capital murder, rape and four counts of sexual battery against 16-year old Leesa Marie Gray.. (Mississippi Department of Corrections via AP, File)

Thomas Edwin Loden Jr., 58, was pronounced dead at 6:12 p.m. by Sunflower County Coroner Heather Burton. He’d been on death row since 2001, when he pleaded guilty to capital murder, rape and four counts of sexual battery against Leesa Marie Gray. She was stranded with a flat tire in June 2000 when Loden forced her into his van.

Gray’s mother, Wanda Farris, attended the execution at the Mississippi State Penitentiary at Parchman, about 130 miles (210 kilometers) north of the capital, Jackson. Mississippi’s most recent execution was in November 2021.

Earlier this month, a federal judge declined to block Loden’s execution amid a pending lawsuit by him and four other Mississippi death row inmates over the state’s use of three drugs for lethal injections, a protocol they allege is inhumane.

During the execution, Loden wore a red prison jumpsuit and was covered by a white sheet. Brown leather straps held him down on a gurney.

Before the injection started, Loden said he was “deeply remorseful.”

“For the past 20 years, I’ve tried to do a good deed every single day to make up for the life I took from this world,” Loden said. “I know these are mere words and cannot erase the damage I did. If today brings you nothing else, I hope you get peace and closure.”

He concluded his last words by saying “I love you” in Japanese, officials said.

Grey had been working as a waitress at her uncle’s restaurant in northeast Mississippi during the summer ahead of her senior year of high school. On June 22, 2000, she left work after dark and got a flat tire.

Loden, a Marine Corps recruiter with relatives in the area, stopped at around 10:45 p.m. and began talking with her about the flat. “Don’t worry. I’m a Marine. We do this kind of stuff,” he said.

Loden told investigators he became angry after Gray allegedly said she would never want to be a Marine, and he ordered her into his van. He spent four hours sexually assaulting her before strangling and suffocating her, he told investigators.

The following afternoon, court records say “Loden was discovered lying by the side of a road with the words ‘I’m sorry’ carved into his chest and apparent self-inflicted lacerations on his wrists.”

Farris described her daughter as a “happy-go-lucky, always smiling” teenager who aspired to become an elementary school teacher.

“She wasn’t perfect, now, mind you,” Farris said. “But she strived to do right.”

Farris declined to speak to reporters following the execution. 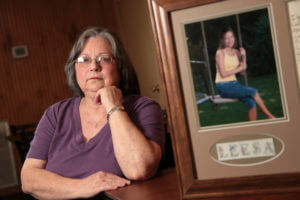 Wanda Farris sits beside a picture of her daughter, 16-year-old Leesa Gray, that hangs inside Comer’s Restaurant in Dorsey Miss., Thursday Dec. 8, 2022. Gray was kidnapped, raped and murdered by death row inmate Eddie Loden in the summer of 2000. Loden was put to death by the state of Mississippi on Wednesday. (Thomas Wells/The Northeast Mississippi Daily Journal via AP)

A week earlier, U.S. District Judge Henry Wingate ruled the execution could proceed, saying the U.S. Supreme Court had upheld a three-drug lethal injection protocol in Oklahoma as recently as seven years ago.

In November, Alabama Gov. Kay Ivey sought a pause in executions and ordered a “top-to-bottom” review of the state’s capital punishment system after a series of failed lethal injections.

Mississippi has done “mock executions and drills” on a monthly basis to avoid a botched execution, Jeworski Mallett, deputy commissioner of institutions for the Department of Corrections, told reporters.

The Department of Corrections revealed in court papers in July 2021 that it had acquired three drugs for its lethal injection protocol: midazolam, which is a sedative; vecuronium bromide, which paralyzes the muscles; and potassium chloride, which stops the heart.

Since 2019, only Alabama, Oklahoma, Mississippi and Tennessee have used a three-drug protocol, said Jim Craig, a MacArthur Center attorney, speaking at a November court hearing.

According to the Death Penalty Information Center, 27 states have the death penalty. There are 36 inmates on death row in Mississippi.

Death Penalty Action, a group opposed to capital punishment, convened a news conference Tuesday in front of the state capitol.

“Clearly, something in him snapped for him to commit such a horrific crime,” said Mitzi Magleby, a spokesperson for the Mississippi chapter of Ignite Justice, an organization that advocates for criminal justice reform. “Mr. Loden was immediately remorseful. Shouldn’t there be room for grace and mercy in such a situation?”

Loden hoped his execution would be the country’s last, his attorney Mark McDonald said in a statement following the execution. 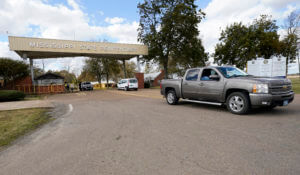 FILE – The front gate of the Mississippi State Penitentiary in Parchman, Miss., is shown Nov. 17, 2021. Thomas Edwin Loden Jr., 58, is set to receive a lethal injection at the penitentiary on Wednesday, Dec. 14, 2022. He’s been on death row since 2001, when he pleaded guilty to capital murder, rape and four counts of sexual battery against 16-year old Leesa Marie Gray. (AP Photo/Rogelio V. Solis, File)

At a news conference Wednesday, Burl Cain, commissioner of the Mississippi Department of Corrections, said Loden fully cooperated with officials.

“He professed his sorrow. But he was quite upbeat and he ate hardy,” Cain said. His last meal included two bone-in fried pork chops, sweet potatoes, and peach cobbler with ice cream.

Farris, the victim’s mother, told The Associated Press on Friday that she forgave Loden years ago, but did not believe his apology.

Emily Wagster Pettus contributed to this report. Michael Goldberg is a corps member for the Associated Press/Report for America Statehouse News Initiative. Report for America is a nonprofit national service program that places journalists in local newsrooms to report on undercovered issues. Follow him on Twitter at twitter.com/mikergoldberg. 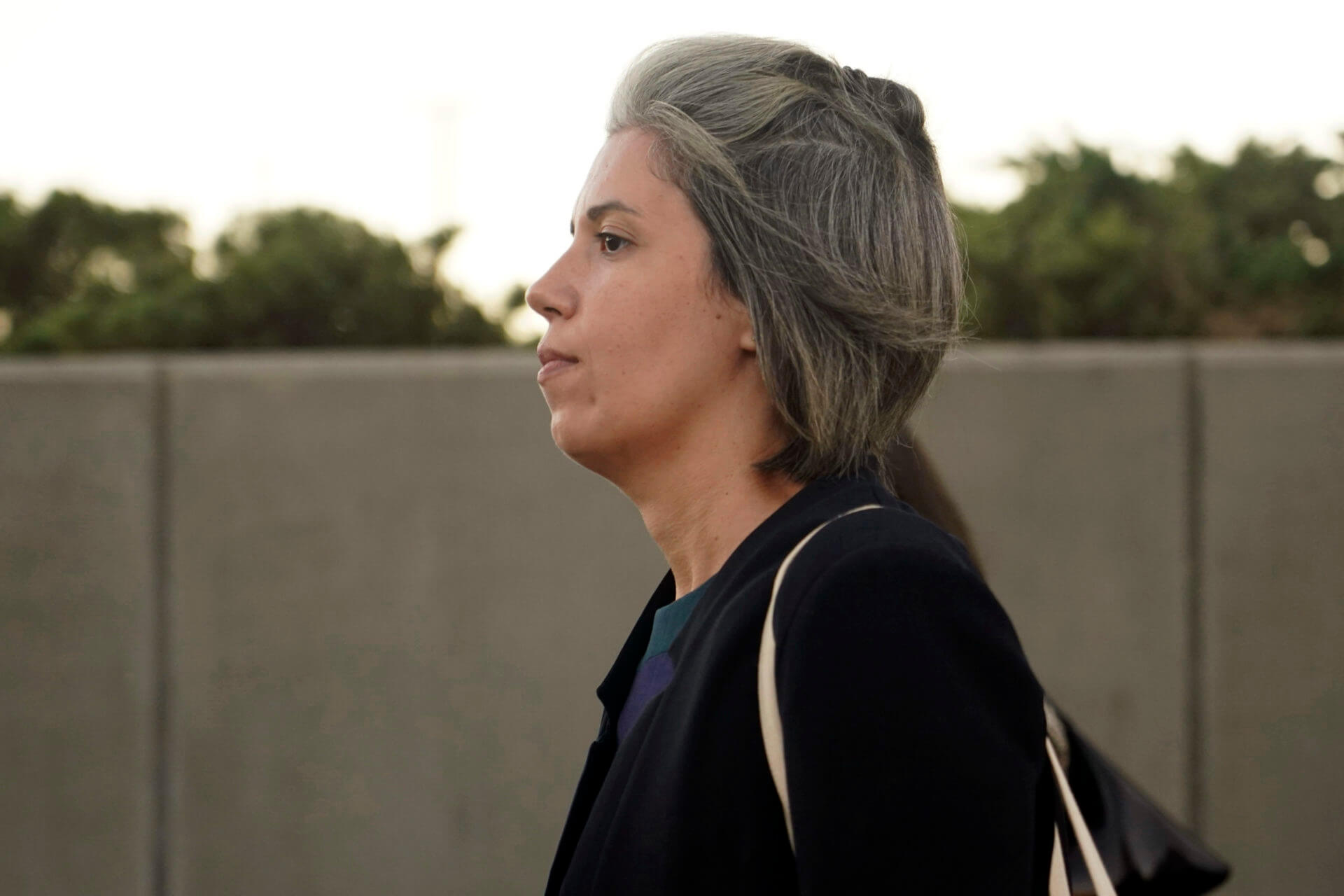