The monthslong search for Harmony Montgomery, who was only reported missing last year, has become a homicide investigation, Attorney General John Formella said at a news conference Thursday.

Authorities believe she was killed in Manchester in early December 2019. Her case has prompted widespread outpouring of support around the state, including several vigils aimed at raising awareness of her case. Several Facebook groups also were created aimed at sharing news on her case.

“At this point while Harmony’s remains have not been located, we do have multiple sources of investigative information including just recently confirmed biological evidence that has led us to this difficult and tragic decision,” Formella said.

Police first became aware that Harmony might be missing when they received a call from the girl’s mother, Crystal Sorey, in November. She had been unsuccessfully trying to locate the girl for months, police said. 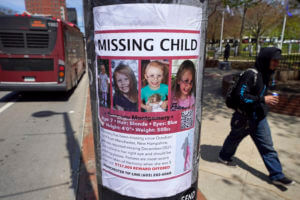 FILE – A man walks past the “missing child” poster for Harmony Montgomery on Thursday, May 5, 2022, in Manchester, N.H. The search for Montgomery, a New Hampshire girl who disappeared in 2019 at age 5 but was not reported missing until late last year, is now considered a homicide investigation, authorities said Thursday, Aug. 11, 2022. (AP Photo/Charles Krupa, File)

Police said they contacted Harmony’s father, Adam Montgomery, and other family members by the end of December. According to court documents, police told him that Harmony had not been seen in more than two years and there was concern over whether she was still alive.

“Our commitment to bringing Harmony home has not wavered, nor will it,” Manchester Police Chief Allen Aldenberg said Thursday. He implored anyone with information to come forward.

“Do it for this little girl. The time is now. It’s time to step up and do the right thing,” he said. “Harmony’s a sweet and innocent child who deserves to be brought home to her family and friends.”

Sorey said in a statement that the news of the homicide investigation was “beyond devastating.”

“I’m gonna do whatever I can to get justice for her and make sure this never happens again to any other family,” she said in a statement. 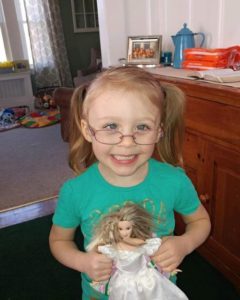 Harmony’s father and stepmother, who have since pleaded not guilty to charges related to her well-being, told police that Adam brought Harmony to be with her mother in Massachusetts around Thanksgiving 2019. Her mother said she last saw her daughter during a phone video conversation at around Easter that year.

In January, police said they believed that Harmony had disappeared between Nov. 28-Dec. 10, 2019.

Adam Montgomery, 31, was indicted in March on an assault charge alleging that he struck Harmony in the face in July 2019. He pleaded not guilty and has been in jail since January.

Kayla Montgomery, 32, was charged with theft by deception after police said she falsely claimed that her stepdaughter was living with her in order to collect welfare benefits. She has pleaded not guilty and was released on bail.

Law enforcement agencies searched the couple’s former home on June 14. They completed a separate search on Jan. 10 of a home in Manchester that was the girl’s last known residence.