NEW YORK (AP) — A prosecutor cast an ex-convict Thursday as a mobster-like figure who coerced his daughter’s college friends to join his “family” as he accumulated power, sex and money, forcing one woman into a sex work enterprise so lucrative that she turned over $1 million to him in a single year.

A defense lawyer, though, told the Manhattan federal court jury during the trial’s opening statements that Lawrence Ray committed no federal crimes as he encircled himself with college-age “storytellers” who claimed to have poisoned him and arranged to have him physically attacked. 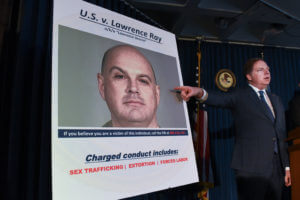 Ray, who once served as the best man at a wedding of former New York City police Commissioner Bernard Kerik, has been incarcerated since his early 2020 arrest.

Assistant U.S. Attorney Lindsey Keenan described a gruesome October 2018 attack she said Ray carried out on a woman who gave Ray over a million dollars in sex work proceeds that year.

She said Ray and a woman who served as his “trusted lieutenant” found the woman they had “forced into a life of prostitution” at a hotel, where Ray tortured her for hours to ensure she’d continue her sex work.

The prosecutor said Ray used “violence, fear, sex and manipulation” to get sex, power and money.

The abuse began in the fall of 2010 when Ray began living in his daughter’s on-campus dormitory at Sarah Lawrence College, where he persuaded his daughter’s friends to stay the next summer at his Manhattan apartment, she said.

There, Keenan said, Ray learned their secrets and insecurities and exploited them, “profiting off their labor, their money and even their bodies.”

Prosecutors summoned the first former Sarah Lawrence student to the witness stand Thursday, a fabric company employee who testified that he was dating Ray’s daughter when Ray began spending a day each week at the dormitory where several students lived.

“He seemed very attentive and intelligent and one of my roommates said she got a lot of value confiding in him,” he said.

He said he joined several students at Ray’s Manhattan apartment the next summer, renovating and painting. He said he introduced two of his sisters to Ray, telling them he’d never felt more comfortable anywhere. One sister, he said, began dating Ray after arriving from California, where she’d been doing a medical residency.

By the fall, though, Ray had begun an “escalating pattern of physical abuse,” calling him “hemorrhoid” and “scum” and holding a knife to his throat and genitals or putting him in a chokehold, berating him until he agreed with Ray that he’d done wrong, the witness said.

Keenan said the women also were forced to do manual labor for Ray in 2013 in North Carolina at his stepfather’s home and obey his commands after he convinced them they owed him money for damaging his belongings or poisoning him.

Against threats to release their secrets and embarrassing videotapes publicly, the women and at least one man complied with Ray’s demands, she said.

“When shame and embarrassment were not enough, he relied on violence,” Keenan said. “The victims had no choice. They lived in fear of the defendant.”

The allegations against Ray attained public prominence with the 2020 publication of “The Stolen Kids of Sarah Lawrence,” a New York magazine feature. 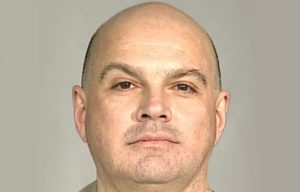 She said her client sought to reconnect with his daughter when he went to her dormitory and told stories about “hobnobbing” with Mikhail Gorbachev, the former Soviet Union president, being best man at Kerik’s wedding and having friends who were U.S. military generals.

Soon, the college students told stories about their own lives, embellishing them with tales of having drugged drug dealers and other exploits, she said.

“This was not a criminal enterprise,” Glashausser said. “This was a group of storytellers.”

Glashausser said some of the women battled mental illness issues and frightened Ray when they told him they had poisoned him, prompting him to seek help from prosecutors, the Environmental Protection Agency and journalists. She said they also set him up to be physically attacked.

She said the woman who became a sex worker “started escorting” in 2015 when she could not afford her rent.

She said jurors would see videos her client had recorded and “see some things that are hard to watch.”

“I’m not saying that Larry Ray is a saint,” Glashausser said. “You don’t have to like him. But these things were not crimes.”