Former school teacher, Virginia Vertetis, has won a new trial after being convicted and sentenced to 30 years in prison for murdering her boyfriend, retired NYPD officer Patrick Gilhuley in her Mount Olive home. 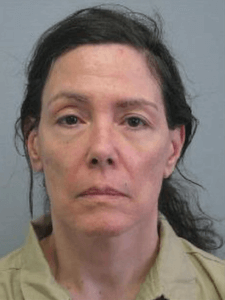 Although the defense challenged the jury’s conviction on several grounds, the appellate court ultimately found in Vertetis’ favor ruling that trial judge, Honorable Stephen J. Taylor, improperly instructed the jury that Vertetis had a duty to retreat when the law says otherwise.

According to court documents, at the month-long trial in March 2017, both sides presented evidence of a disturbing, dysfunctional relationship punctuated by break-ups and make-ups, cheating and lying, and often excessive inebriation. The relationship began in the spring of 2008 and continued until the night of the shooting, March 3, 2014.

The prosecution’s case was supported by:

At trial, Vertetis testified on her own behalf, providing the foundation for the self-defense claim. In essence, she said she was in fear for her life. She told the jury about prior instances of abuse by Gilhuley and moments before she killed him, he looked like “pure evil.” Much of her testimony appeared to corroborate the tumultuous nature of their relationship.

Since Vertetis is being given a new trial because of the self-defense instruction, let’s examine what was given and the charge which the appellate court says should have been given.

According to court documents, the trial judge first explained, “self-defense is the right of a person to defend against any unlawful force,” and then addressed deadly force.

The judge told the jury to consider “whether a defendant who resorted to deadly force knew that an opportunity to retreat with complete safety was available, the total circumstances.” Is this paragraph necessary? If not I would skip it altogether.

The judge made clear the State has a burden to prove beyond a reasonable doubt a defense of self-defense is untrue before addressing the duty to retreat saying in part, “the obligation of the defendant to retreat only arises if you find that the defendant resorts to the use of deadly force.”

The appellate defense lawyers argued, “[I]n giving that instruction, the judge completely ignored footnote 4 of the Model Charge, which states that “[a]n exception to the rule of retreat, however, is that a person need not retreat from his or her own dwelling, including the porch, unless he or she was the initial aggressor.”

The self-defense law the trial judge should have given, according to the defense, should have included:

The appellate court’s decision found the trial judge’s error harmful and erroneous, especially since the state “implicated and insinuated” the retreat issue which raises “reasonable doubts about whether the jury was misled by the flawed instruction.”

James K. Smith, Jr., one of Ms. Vertetis’ appellate attorneys, told Court TV that while he is pleased with the reversal, he was disappointed with parts of the decision.

“The trial judge made a number of erroneous rulings, both evidentiary and in the jury charge, and I am disappointed the appellate division didn’t address those and seemed to endorse the trial judge at some points,” said Smith Jr.

We reached out several times for comment from the Morris County Prosecutor, who argued for the state and have not heard back as of yet.

Vertetis remains incarcerated under the same bail conditions for now. Smith explained that it is not within the appellate court’s authority to change bail and that argument will most likely be made to the trial judge by the new trial attorneys for the defense.