The department announced Thursday it had closed the homicide case involving the death of 39-year-old James Bednarik in 1974.

Police said the suspect, 75-year-old George B. Toone, died of natural causes in California before being brought to justice. 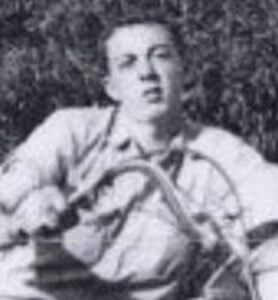 Photo of James Bednarik before his murder in 1974 (Salt Lake City Police Dept.)

On Feb. 28, 1974, Toone hid and waited before shooting Bednarik when he returned to his Salt Lake City home. At the time of the shooting, detectives were unable to identify a suspect due to a lack of evidence.

During the investigation, police learned Bednarik was selling stolen gasoline, and had shot a gas station owner a year earlier during an argument over stolen gas.

Earlier this year, during lunch between a retired Unified Police Department officer and a retired Salt Lake City detective, it was learned that Toone had confessed to murdering two men in Salt Lake County, including Bednarik.

Toone said he had killed Bednarik at the request of the gas station owner who had previously been shot.

The Salt Lake City police crime lab conducted forensic testing on two latent fingerprints collected at the scene of the 1974 shooting and found those matched with Toone.

“In recent years, DNA and other technology has greatly aided in solving cold cases along with new cases,” said Salt Lake City Police Chief Mike Brown. “This is a great example of the continued dedication, professionalism, and care both active and retired officers have in these cases. I’m proud of our detectives. They never let up in their pursuit of justice.”

Detectives are still investigating Toone’s claim of having murdered another person in Salt Lake County. They ask anyone with information to contact the department at 801-799-3000.

This story was originally published May 26, 2022 by KSTU in Salt Lake City, an E.W. Scripps Company.