After the U.S. Supreme Court denied hearing the case of Adnan Syed, the subject of the investigative journalism podcast Serial, I spoke to one of his advocates, attorney and law professor Colin Miller. We discussed Syed’s path from the 2014 debut of Serial to the 2016 post-conviction hearing, to the highest court in the land.

I asked the questions everyone wants to know – is it over for Syed? Did he get to the Supreme Court because of Serial?

Miller goes into great detail about Syed’s case. In this illuminating interview, Miller begins by explaining the fight for Syed’s 2016 hearing began long before the podcast.

1. How did Syed get to February 2016 post-conviction hearing?

“On May 28, 2010, Adnan filed a petition for post-conviction relief. The petition did not include a cell tower claim, but it did contain several claims of ineffective assistance of trial counsel, including a claim that trial counsel was ineffective based on failing to contact prospective alibi witness Asia McClain.

McClain did not appear at the hearing on Adnan’s petition, and Baltimore Circuit Court Judge Martin Welch denied Adnan relief on June 6, 2014. 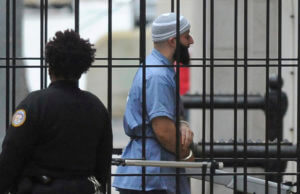 FILE – In this Feb. 3, 2016 file photo, Adnan Syed enters Courthouse East in Baltimore prior to a hearing. Supreme Court justices on Monday left in place a Maryland court ruling that denied a new trial to Adnan Syed, who was convicted of strangling a high school classmate he had once dated.(Barbara Haddock Taylor/The Baltimore Sun via AP)

Subsequently, on May 18, 2015, the Court of Special Appeals remanded the case back down to the circuit court based upon Asia McClain’s claim that trial prosecutor Kevin Urick deterred her from testifying at the prior hearing. Upon remand, on August 24, 2015, Adnan’s post-conviction attorney asked Judge Welch to also consider a new claim: that trial counsel was ineffective in failing to cross-examine the State’s cell tower expert with an AT&T disclaimer attached to Adnan’s cell phone records stating that incoming calls are not reliable for determining location status.

In February 2016, both sides presented evidence and testimony on both the alibi and cell tower claims at reopened post-conviction proceedings before Judge Welch.”

*Asia McClain testified at length at the 2016 hearing.

2. What was the ruling of that hearing?

“On June 30, 2016, Judge Welch granted Adnan a new trial based on the cell tower claim. A claim of ineffective assistance of counsel requires proof of both:

(1) trial counsel rendered deficient performance by failing to use the AT&T disclaimer to cross-examine the State’s cell tower expert; and

(2) this failure was prejudicial or undermines our confidence in the jury’s verdict.

Judge Welch also found that this cell tower claim was not waived despite the failure to include it in the initial 2010 post-conviction petition because:

(1) the right to the effective assistance of counsel is a fundamental right;

(3) Adnan did not knowingly and intelligently waive the cell tower claim.

Judge Welch, however, rejected the alibi claim as an independent ground for relief. Judge Welch found that trial counsel was deficient in failing to contact Asia McClain; however, he concluded that this failure was not prejudicial because the “crux” of the State’s case was evidence connected to the burial of Hae Min Lee in Leakin Park.”

3. What happened next? Did the State appeal?

“The State appealed to the Court of Special Appeals of Maryland, the state’s intermediate appellate court.

On March 29, 2018, that court upheld Judge Welch’s ruling but reversed the reasoning. According to the court, the failure to contact Asia McClain was both deficient performance and prejudicial, making it ineffective assistance of counsel. The court, however, found that Adnan had waived his cell tower claim because it wasn’t included in his initial 2010 post-conviction petition. It, therefore, dismissed that claim without addressing the substance of Judge Welch’s ruling.

The State then appealed to the Court of Appeals of Maryland, the state’s supreme court.

On March 8, 2019, that court reversed the lower court and held that Adnan was not entitled to a new trial. The court agreed with the Court of Special Appeals that Adnan had waived his cell tower claim and also didn’t reach the merits of that claim. And, while six of the seven justices on the court found that the failure to contact Asia McClain was deficient performance, four justices found that this failure was not prejudicial.

These four justices agreed with Judge Welch that the “crux” of the State’s case was evidence regarding the burial, including the cell tower pings for the incoming calls at 7:09 and 7:16 pm. Therefore, in a 4-3 ruling, the court held that the failure to contact Asia McClain was not ineffective assistance of counsel.”

4. Can you explain the issue of the cell tower claim not being included in the initial PCR petition and why it is now significant?

“The Court of Appeals agreed with Judge Welch that claims based upon fundamental rights require a knowing and intelligent waiver.

Therefore, if Adnan sought to bring an entirely new claim in 2015, such as a claim that the prosecutor knowingly suborned perjury at his trial, he could bring that claim unless he had knowingly and intelligently waived it. But, according to the Court of Appeals of Maryland, Adnan’s cell tower claim was not new; instead, it was just a new reason to support his claim of ineffective assistance of counsel, a claim he had already made in his initial post-conviction petition in 2010. Therefore, the court held that this new reason for an old claim was waived when it was not asserted back in 2010.”

5. Why did the US Supreme Court deny hearing Syed’s case in your opinion? 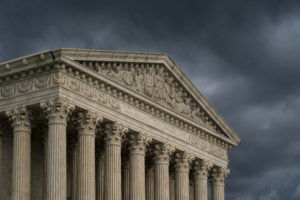 In this June 20, 2019 photo, The Supreme Court is seen under stormy skies in Washington. The justices on Monday left in place a Maryland court ruling that denied a new trial to Adnan Syed, who was convicted of strangling a high-school classmate he had once dated. (AP Photo/J. Scott Applewhite)

“The Supreme Court receives between 7,000 and 8,000 petitions for writs of certiorari every year and only grants cert/agrees to hear about 80 of them.

Adnan was claiming that the Court of Appeals of Maryland applied the incorrect legal framework for determining whether a trial attorney’s deficient performance is prejudicial.

And, while his petition made a compelling argument, the prejudice analysis typically depends on the facts of every individual case. These aren’t the types of cases the Court typically takes, and that’s probably why this was not one of the 1% of cases the Supreme Court agrees to hear.”

6. What are Adnan’s options now and the likelihood of success of each?

“First, Adnan can file a federal petition for writ of habeas with the United States District Court for the District of Maryland. To even get into federal court, however, Adnan would have to use something known as the Schlup actual innocence gateway.

Under this gateway, Adnan needs to establish that there is new evidence that makes it so that no reasonable juror would find him guilty of the murder of Hae Min Lee. This new evidence can include things such as the lividity evidence, Jay Wilds’s interview in The Intercept, and the results of DNA testing of crime scene evidence.

If and only if Adnan can make this showing of actual innocence, then he would also have to establish that the Maryland state courts misapplied a clearly established federal law by denying his ineffective assistance/alibi claim. Overall, it will be pretty difficult to establish both of these elements, but, procedurally, Adnan might have to pursue this avenue of relief before returning to state court.

Substantively, such a claim requires proof that:

(1) the petitioner had a claim that would have won him a new trial; but

(2) his post-conviction counsel was deficient in failing to properly present that claim.

This is usually a tough test to satisfy because such claims are often entirely hypothetical. In other words, we typically have to speculate about what would have happened if post-conviction counsel presented the claim at issue. But that’s not the case here. Instead, Judge Welch allowed Adnan to bring his cell tower claim, and Judge Welch received evidence and testimony from cell tower experts at the reopened post-conviction proceedings. And, after hearing all of this evidence and testimony, Judge Welch found that Adnan had a winning claim of ineffective assistance of counsel on the cell tower issue that entitled him to a new trial.

Therefore, Adnan’s argument is fairly straightforward: He can claim that he has a claim – the cell tower claim – that would have won him a new trial; but (2) his post-conviction counsel was deficient in failing to properly present the claim. Moreover, the holdings by Judge Welch and the Court of Appeals of Maryland that the “crux” of the State’s case was evidence connected to the burial, such as the incoming pings, seemingly strengthens Adnan’s claim that trial counsel’s failure to use the AT&T disclaimer was prejudicial.

This second avenue for relief thus has a strong likelihood of succeeding. That said, as we saw with the alibi claim, the higher courts in Maryland could ultimately disagree with Judge Welch’s analysis.

Third, Adnan also has other options in Maryland state court. He can file a petition for writ of actual innocence, which, like under the federal standard, requires a showing that new evidence exists which makes it so that no reasonable juror could find him guilty. He can also file a petition for additional DNA testing of crime scene evidence, such as the short wire found by Hae Min Lee’s body that yielded the DNA profile of an unknown female.

Fourth, Maryland recently began granting parole to juvenile lifers after years of inertia. Adnan would be eligible for parole starting in 2024 and should have a strong case for parole in five years if his efforts to win a new trial are not successful.”

7. What is important for us to know going forward?

“The ruling by the Court of Appeals of Maryland that trial counsel was deficient in failing to contact Asia McClain is what is known as the “law of the case.”

In other words, the State cannot dispute this holding in further proceedings in Maryland state court. This could be important if Maryland judges are on the fence about Adnan’s cell tower claim. If a judge is uncertain about whether the failure to use the AT&T disclaimer was deficient performance or strategic, she might rely on the former finding of deficiency in failing to contact Asia McClain to find that trial counsel was also deficient here.”

Attorney Colin Miller is the Associate Dean for Faculty Development at the University of South Carolina School of Law, co-host of the “Undisclosed” podcast, and blogs at EvidenceProf Blog.