IRWIN COUNTY, Ga. (Court TV) — The man who confessed to killing Tara Grinstead in 2005 is now pleading not guilty as he prepares for trial five years after his indictment.

Duke’s trial was on hold due to an ongoing funding dispute over who will pay for expert witnesses in DNA, false confessions, and psychology. His defense counsel, who took his case pro-Bono, argues the state must pay, since they plan to introduce the evidence. Without it, Duke’s attorneys say he will not have a fair trial.

Tift Judicial Circuit Superior Court Judge Bill Reinhard twice denied Duke’s request for money to pay for those experts. He also denied Duke’s claim to state funding since Duke had already declined legal representation from public defenders in favor of his new counsel, who took his case for free. 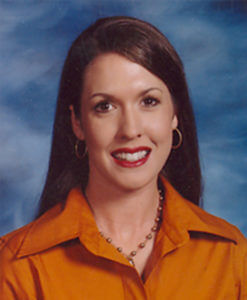 The Georgia Supreme Court ruled in favor of the defense, saying Duke’s attorneys could seek funding from state agencies to help foot the bill for expert witnesses, but they didn’t rule whether tax-payer funds could be used.

Grinstead, a former beauty queen and 11th grade history teacher, unexpectedly vanished in October 2005 from her home in Ocilla, Georgia, a small, rural town about two hours south of Atlanta.

Grinstead’s case went unsolved for more than a decade, until a podcast breathed life into the cold case, eventually leading to the arrest of two of her former students, Ryan Duke, and his former best friend Bo Dukes.

Court documents indicate the judge approved an order to transport Bo Dukes from state prison to the Irwin County courthouse for Ryan Duke’s pretrial hearing, suggesting he may testify. Dukes has also been subpoenaed to appear at the hearing.

Investigators believe Duke strangled Grinstead during a botched burglary at her home, then enlisted his buddy Bo Dukes to help him burn and conceal her body in a nearby pecan orchard.

In Feb 2017, Duke confessed “spontaneously and unsolicited” to investigators, according to the Georgia Bureau of Investigation. A GBI agent testified at a pretrial hearing that Duke confessed to killing Grinstead after breaking into her home to steal money for drugs. 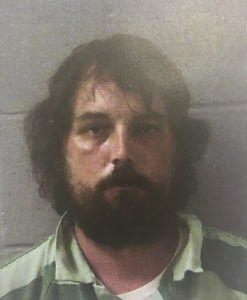 GBI agents have also said DNA matching both Duke and Grinstead were found on a latex glove discovered in her yard.

Shortly after Dukes’ arrest, investigators conducted a three-day search of the pecan orchard owned by Bo Dukes’ family in Ben Hill County. Bo Dukes is charged with attempting to conceal a death, hindering apprehension, and tampering with evidence.

“We moved her body to a wooded area with a bunch of wood and burned it over a span of like two days,” Bo Dukes said to investigators in a recorded video interview.

At Bo Dukes’ trial in 2019, GBI agents testified that human bones were discovered on Dukes’ family’s pecan orchard. Dukes was convicted in 2019 of helping conceal Grinstead’s death and sentenced to 25 years in prison.

Ryan Duke claims he made a false confession in 2017, and is pleading not guilty to the murder of Tara Grinstead.

Jury selection is set to begin May 2, 2022, and a pre-trial hearing will be held March 8, 2022. Court TV will provide LIVE coverage inside the Irwin County Courthouse.