FORT LAUDERDALE, Fla. (AP) — Teachers gave heart-wrenching testimony Wednesday in the penalty trial of Nikolas Cruz, with one recalling how a boy in her Holocaust studies class correctly answered a question seconds before he became one of 17 people murdered during the school shooter’s rampage four years ago.

Ivy Schamis, then a teacher at Parkland’s Marjory Stoneman Douglas High School, was leading students through a discussion about the 1936 Olympics in Nazi Germany when star swimmer Nick Dworet correctly responded that Adolf Dassler founded the Adidas shoe company. He then added that Dassler’s brother founded the rival Puma brand.

It was then that they heard the initial gunshots in the first-floor hallway of the three-story building, and Cruz began firing his semi-automatic rifle through the glass on her classroom door near where he entered. 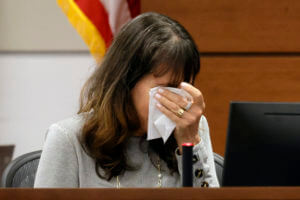 Former Marjory Stoneman Douglas High School teacher Ivy Schamis describes the carnage in her classroom during the rampage at the school. Two students in her class were killed, Nicholas Dworet, and Helena Ramsay. Marjory Stoneman Douglas High School shooter Nikolas Cruz is being tried in the penalty phase of his trial at the Broward County Courthouse in Fort Lauderdale on Wednesday, July 20, 2022. Cruz previously plead guilty to all 17 counts of premeditated murder and 17 counts of attempted murder in the 2018 shootings. (Mike Stocker/South Florida Sun Sentinel via AP, Pool)

“It was really seconds later that the barrel of that AR—15 just ambushed our classroom,” Schamis testified, wiping her eyes with a tissue. “It came right through that glass panel and was just shooting everywhere. It was very loud. Very frightening. I kept thinking about these kids who should not be experiencing this at all.”

She said the students scrambled to find safety behind furniture, but didn’t panic and acted with bravery and maturity as they waited to be rescued. Three students were wounded in her class and two were killed: Dworet and Helena Ramsay, both 17.

When shown their portraits, she began to weep.

Dworet’s brother Alexander was grazed by a bullet in a classroom across the hall, where three students were killed and several more wounded.

Cruz, 23, pleaded guilty in October to 17 counts of first-degree murder for the Feb. 14, 2018, massacre. The jury must decide if the former Stoneman Douglas student should be sentenced to death or life without parole for the nation’s deadliest mass shooting to go before a jury. The trial is expected to last through at least October.

Nine other gunmen who killed at least 17 people died during or immediately after their shootings, either by suicide or police gunfire. The suspect in the 2019 slaying of 23 people at a Walmart in El Paso, Texas, is awaiting trial. 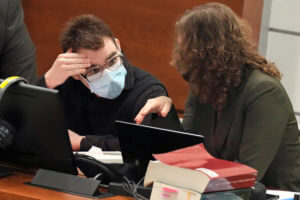 Schamis’ testimony was followed by that of Ronit Reoven, who was lecturing her advanced psychology class about Sigmund Freud when Cruz started firing into her neighboring classroom, also through the door’s window.

“There were multiple gunshots,” she said. “They were incredibly loud. BOOM BOOM BOOM BOOM BOOM! I froze for a moment and the students jumped out of their seats. Of course, they were startled and scared.”

Reoven said she and the students crouched on the floor around her desk and wounded students were moaning and crying. She used a blanket that normally covered her coffee machine as a tourniquet to stop the bleeding from a boy’s arm. Another boy used a jacket to stanch the bleeding from a girl’s chest. A girl shot in the knee appeared to be stable. But 16-year-old Carmen Schentrup was lying facedown in a pool of blood.

“I knew that she was probably gone,” Reoven said.

On the third floor, Stacey Lippel was teaching creative writing and Ernest Rospierski was supervising study hall when Cruz’s shots on the first floor triggered the fire alarm. Not realizing a shooting was happening below them, they led their students into the hallway to evacuate.

That’s when screaming students began coming back up the stairwell and they could hear gunshots.

Lippel said she and the teacher from the neighboring room, Scott Beigel, quickly reopened their doors and started getting students back inside. It was then that Cruz emerged from the stairwell, “splaying the rifle back and forth, shot after shot after shot,” she said. “It never stopped.”

Lippel said she got inside her room and closed the door, but Beigel was fatally shot.

Beigel’s student, Veronica Steel, testified that his body kept the door from closing, leaving the students in the room fearful Cruz would come inside.

Rospierski’s head and hip were grazed by bullets, but he helped students flee down a stairwell after Cruz passed.

The testimony came a day after jurors saw surveillance video showing victims being gunned down at point-blank range. Cruz also killed some of the wounded by firing on them a second time as they lay on the floor.

When jurors eventually get the case, they will vote 17 times, once for each of the victims, on whether to recommend capital punishment. 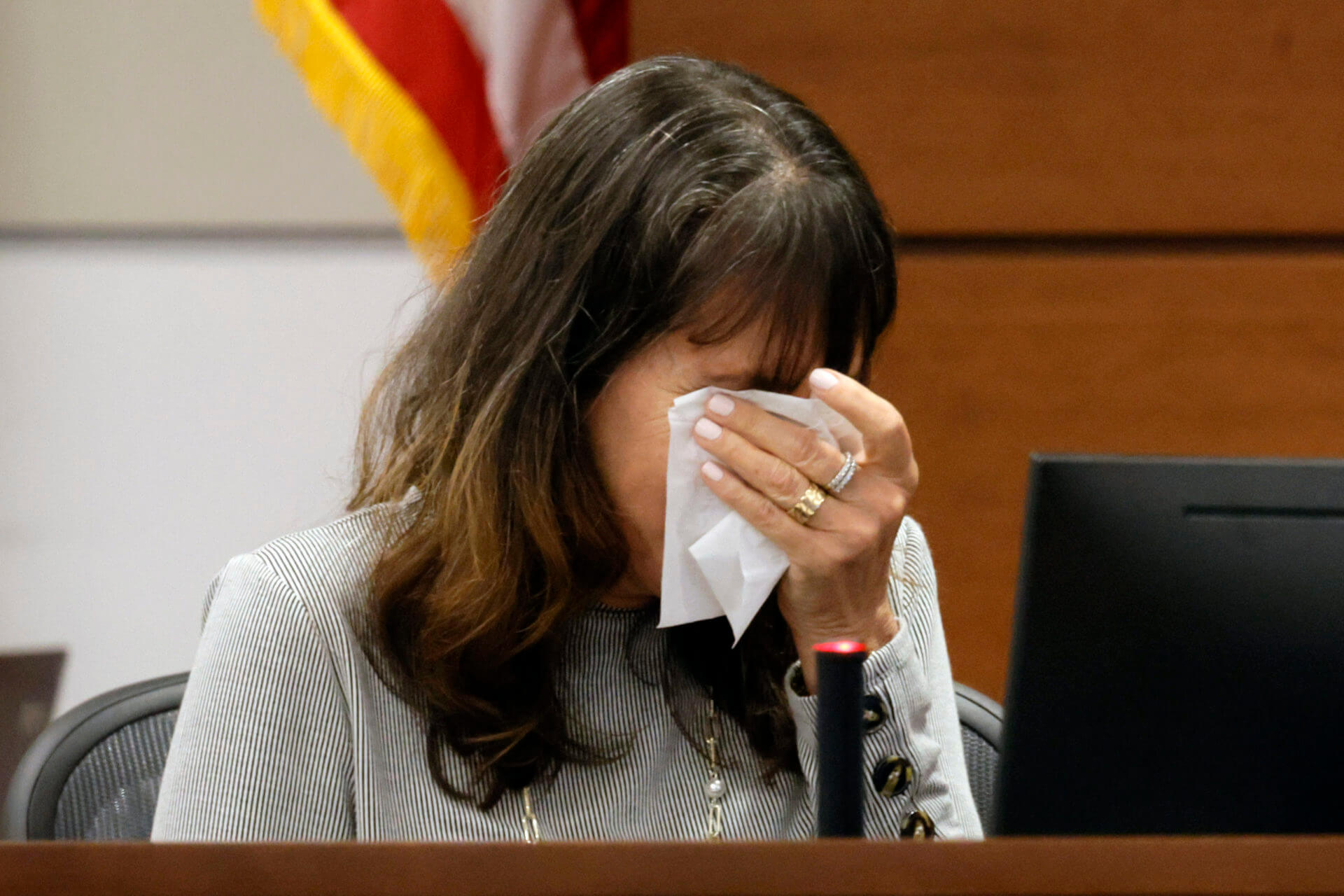 Former Marjory Stoneman Douglas High School teacher Ivy Schamis describes the carnage in her classroom during the rampage at the school. Two students in her class were killed, Nicholas Dworet, and Helena Ramsay. Marjory Stoneman Douglas High School shooter Nikolas Cruz is being tried in the penalty phase of his trial at the Broward County Courthouse in Fort Lauderdale on Wednesday, July 20, 2022. Cruz previously plead guilty to all 17 counts of premeditated murder and 17 counts of attempted murder in the 2018 shootings. (Mike Stocker/South Florida Sun Sentinel via AP, Pool)
MORE NEWS