TUSCALOOSA, Ala. (AP) — The trial of a former NASA astronaut charged in a car crash that killed two girls in 2016 is now scheduled to begin in June. 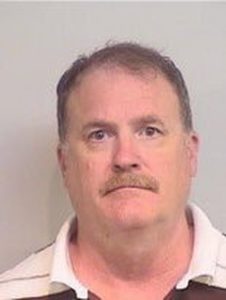 Tuscaloosa County Circuit Judge Allen May issued an order Monday setting James Halsell’s reckless murder trial for June 8. In-person courthouse proceedings are shut down statewide because of the new coronavirus, but May entered a written order without a hearing.

Halsell had been set to go on trial in May before the pandemic hit.

Halsell, of Huntsville, was arrested after a car crash killed two sisters, 11-year-old Niomi Deona James and 13-year-old Jayla Latrick Parler, nearly four years ago near Tuscaloosa. The girls’ father, who was driving a car that was struck by one driven by Halsell, and a woman were injured.

Authorities contend Halsell, 63, was under the influence of alcohol. The defense blames the wreck on sleeping medication.

Halsell, who is free on bond, flew five shuttle missions before retiring from NASA in 2006 with more than 1,200 hours in space.