OZARK, Ala. (AP) — A trial is scheduled next year in the capital murder of two Alabama teenagers who were found in the trunk of a car in 1999.

Circuit Judge William H. Filmore has set May 2, 2022, as the start for the trial of Coley McCraney, 47, who was arrested in March 2019 for the shooting deaths of J.B. Beasley and Tracie Hawlett, al.com reported. 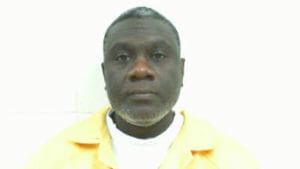 McCraney’s wife and his defense lawyers have said McCraney is innocent.

The murders of the two girls haunted the Wiregrass region for decades and received national exposure throughout the years. The friends were on their way home from Beasley’s birthday party when they got lost in Ozark on July 31, 1999. The girls were found the next day inside the trunk of Beasley’s black Mazda 929, on the side of a road about a block away from the Dale County hospital.

Both girls had each been shot once in the head.

Within a week, police announced a nationwide, 24-hour hotline to receive tips and a reward fund quickly grew to $15,000 in donations from area residents. Then-Alabama Gov. Don Siegelman announced another $10,000 in state funds to augment the reward.

In the years immediately after the killing, investigators conducted more than 500 interviews, and forensics experts tested the DNA of more than 70 potential suspects, previous reports have said.