UPDATED 10/29/19: Morgan Vandergriff was give the maximum sentence of 40 years in prison on Oct. 17. He was given credit for the 530 days he’s already served.

A West Virginia man has been found guilty of second-degree murder after striking and killing a 38-year-old father trying to protect children on a school bus. 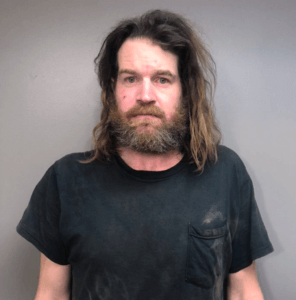 The incident, that occurred on May 9, 2018, left a husband and father dead. On that day, Morgan Creed Vandergriff, 39, was allegedly speeding down a residential street in Scott Depot when a school bus with its flashing lights on attempted to make a U-turn near a subdivision clubhouse.

Witnesses said John Samuel Maynard was sitting on his 4-wheeler in a friend’s driveway when he saw Vandergriff’s vehicle speeding in the 20-mph zone and tried to stop him. Maynard was fatally struck when Vandergriff allegedly accelerated and intentionally hit the victim head-on, catapulting his body into a ditch 20 feet away, according to witnesses.

Authorities said Vandergriff claimed he swerved his 2003 silver Chevy Cavalier to avoid a beer bottle thrown by Maynard. Multiple witnesses said Maynard was indeed holding a beer bottle, but he never threw it.

Vandergriff, who fled the scene, was arrested later that day. He pleaded not guilty. Authorities said Vandergriff had methamphetamine in his system at the time of the fatal incident. 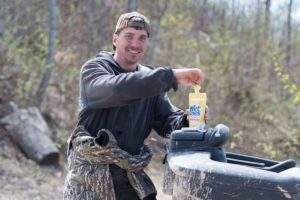 Maynard was a husband and a father. His daughter was not on the school bus he was trying to protect, but the elementary aged children on the bus knew him as a familiar face. His tragic death rocked the small community that has hailed him a hero for losing his life while speaking up for safety.

After deliberating for nearly 4 hours, a jury came back with a guilty verdict. They convicted Vandergriff of second-degree murder, a sentence that carries a 10 to 40 year sentence. It’s up to the judge to decide Vandergriff’s fate at a sentencing hearing to follow.