NEW YORK (AP) — Fresh off a second rape conviction, Harvey Weinstein asked New York’s highest court Tuesday to overturn his first one, arguing that the judge in his 2020 case betrayed his right to a fair trial by “succumbing to the pressure” of the #MeToo movement.

Weinstein’s lawyers are asking the state’s Court of Appeals to dismiss the disgraced movie mogul’s rape conviction and to order a new trial on a single count of criminal sexual act. The rape charge, they said, involves alleged conduct outside the statute of limitations and couldn’t be retried. 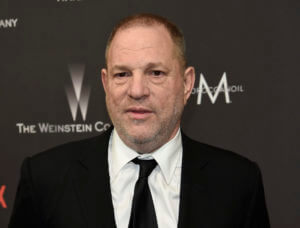 Weinstein, 70, was convicted in a Manhattan court in February 2020 of a criminal sex act for forcibly performing oral sex on a TV and film production assistant in 2006, and rape in the third degree for an attack on an aspiring actress in 2013. He was sentenced to 23 years in prison.

Last month, a Los Angeles jury convicted Weinstein of raping and sexually assaulting an Italian actor and model, who said he appeared uninvited at her hotel room door during a film festival there in 2013. He is due to be sentenced in that case on Feb. 23.

They again took aim at the trial judge, James Burke, arguing that he swayed the landmark trial’s outcome with repeated rulings favorable to prosecutors — including his decision allowing additional accusers to testify about allegations that never led to criminal charges.

They also challenged Burke’s refusal to remove a juror who had written a novel involving predatory older men, as well as his decision to allow prosecutors to have an expert on victim behavior and rape myths testify while rejecting testimony on similar subjects from defense experts.

Weinstein’s lawyers said Burke gave into an “unrelenting deluge of publicity, vocal special interest groups, and a morally outraged public,” creating a carnival atmosphere that deprived Weinstein of the “judicial serenity and calm to which he was entitled.”

Prosecutors have until March 1 to respond. Burke is no longer on the bench.

Allegations against Weinstein, the once powerful and feared studio boss behind such Oscar winners as “Pulp Fiction” and “Shakespeare in Love,” ushered in the #MeToo movement — a cultural reckoning on sexual misconduct in the entertainment, news and other industries.

Weinstein’s New York trial drew intense publicity, with reporters packing the courtroom and cameras lined up outside to capture images of the one-time studio boss shuffling in and out of court. Protesters chanted “rapist” outside the courthouse.

“Put bluntly, the court of public opinion became the court in this case,” Weinstein’s lawyers wrote.

Weinstein maintains his innocence and contends that any sexual activity was consensual.

He was acquitted at the New York trial of first-degree rape and two counts of predatory sexual assault stemming from actor Annabella Sciorra’s allegations of a mid-1990s rape — testimony that his lawyers argue was so dated it should never have been allowed.

The judge’s decision to allow testimony from three women whose allegations did not lead to charges in the New York case “overwhelmed” the trial with “excessive, random, and highly dubious prior bad act evidence.”

Rules vary by state on calling witnesses to testify about “prior bad acts” outside the actual charges. New York’s rules, shaped by a landmark decision in a 1901 poisoning case, are among the more restrictive.

Weinstein’s lawyers argued that extra testimony went beyond detailing motive, opportunity, intent or a common scheme or plan and essentially put him on trial for crimes he wasn’t charged with and hadn’t had an opportunity to defend himself against.

The Associated Press does not generally identify people alleging sexual assault unless they consent to be named; Sciorra has spoken publicly about her allegations.

A five-judge panel in the state’s intermediate appeals court heard Weinstein’s initial appeal. Some of the judges were critical of Burke and prosecutors, suggesting at a December 2021 hearing they were open to reversing Weinstein’s conviction and ordering a new trial.

But, the five judges were ultimately unanimous in finding that Burke had properly exercised his discretion and concurred with his decision to let prosecutors confront Weinstein with evidence about other, unrelated misbehavior if he were to have testified — which he declined to do.

In their appeal to the Court of Appeals, Weinstein’s lawyers said that material — pertaining to 28 alleged acts of boorish behavior over 30 years — would’ve served “only to make the jury hate Weinstein” and that giving prosecutors those arrows in their quiver deprived him of his right to testify in his own defense.