MADISON, Wis. (AP) — A jury on Thursday convicted a Wisconsin man accused of killing and dismembering his parents last summer.

Jurors deliberated for just over two hours before finding 23-year-old Chandler Halderson guilty on all counts related to the July 1 killing of 50-year-old Bart Halderson and 53-year-old Krista Halderson at their home in Windsor, about 80 miles (130 kilometers) west of Milwaukee.

Defense attorneys for Halderson rested their case Thursday without calling witnesses or testimony from the defendant.

Over seven days, prosecutors laid out their case that Halderson killed his parents. They contend he first tried to dispose of the bodies by burning them in the family fireplace, then he scattered their dismembered body parts across Dane County. 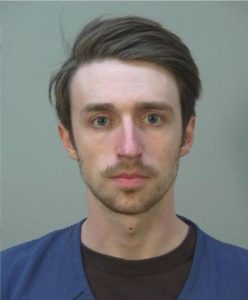 Investigators said Halderson killed his parents after his father discovered he had been lying about attending Madison Area Technical College. It was one in a web of lies the 27-year-old told about work, school and being on a police scuba dive team, according to prosecutors.

Halderson was arrested July 8 after telling police a day earlier that his parents had gone missing following a Fourth of July trip to northern Wisconsin.

Investigators said it was soon clear his story didn’t add up.

Dane County Assistant District Attorney Andrea Raymond told the jury during closing arguments that solving a criminal case is liking putting a puzzle together and that Halderson “had eight days to spread pieces of that puzzle all over Wisconsin, at least southern Wisconsin,” the Wisconsin State Journal reported.

Defense attorney Crystal Vera said Halderson went to extreme lengths to cover up his lies, but she argued that prosecutors never demonstrated he had a motive to kill his parents. Their focus on his lies was more about tainting his credibility and making it harder for him to take the stand, Vera said.

June 7, 2021: Murdaugh Timeline Based on Evidence