MADISON, Wis. (AP) — The trial for a Wisconsin man accused of killing his parents is set to resume next week after he contracted COVID-19.

Chandler Halderson’s trial was suspended Tuesday after he was one of 81 Dane County Jail inmates to test positive for the disease. Halderson is vaccinated. 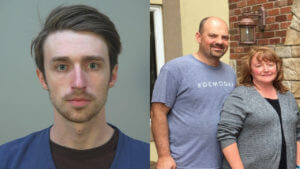 The Wisconsin State Journal reported Friday that Judge John Hyland issued an order saying that after a quarantine period no one involved in the trial is showing symptoms and proceedings will resume Monday.

Jurors were told Tuesday that the trial was suspended because someone involved had tested positive but they weren’t told it was Halderson. His attorneys asked the judge not to divulge that out of concerns that jurors might hold their extended service against him.

Prosecutors say the trial could last the rest of the month.

June 7, 2021: Murdaugh Timeline Based on Evidence