AUSTIN, Texas (AP) — Police were searching Monday for a woman suspected in the fatal shooting of a professional cyclist at an Austin home.

The body of Anna Moriah “Mo” Wilson, 25, of San Francisco, was found May 11, and Austin police issued a murder warrant for Kaitlin Marie Armstrong, 34, last week. 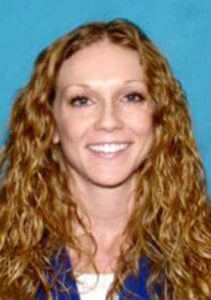 The warrant affidavit says there was a possible romantic triangle involving Armstrong, Wilson and Colin Strickland, another professional cyclist who had been Armstrong’s longtime boyfriend.

Strickland has cooperated with investigators and is not a suspect.

Wilson was in Austin for a race in Hico, which is about 120 miles (190 kilometers) north.