OAK BEACH, N.Y. (AP) — Distress calls to law enforcement connected to the investigation into a possible serial killer on Long Island may soon be released.

The new Suffolk County Police Commissioner Rodney Harrison said he will release 911 calls that are related to the Gilgo Beach homicides, as long as they don’t negatively affect the ongoing investigation, Newsday reported. 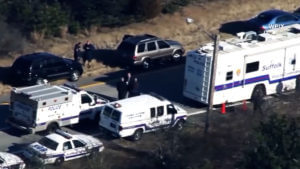 >>>RELATED: The Unsolved Casefile: The Search for the Long Island Serial Killer

The 2010 disappearance of Shannan Gilbert, 24-year-old sex worker in Jersey City, New Jersey triggered the hunt that exposed the larger mystery. Four other bodies were soon found in the area, and the number had climbed to 10 sets of human remains by the spring 2011.

Investigators haven’t been able to determine whether a lone serial killer or several suspects were involved, but they have said over the years they don’t believe one person is responsible for all the deaths.

Suffolk County police have long sought to prevent the release of the calls connected to Gilbert’s disappearance, claiming it would impede the investigation.

John Ray, an attorney representing Gilbert’s estate, told Newsday he listened to the calls in 2020 but wasn’t allowed to release them publicly. He said it is important for the public to hear Gilbert’s 23-minute call and other calls from neighbors.

Harrison, the New York City police department’s chief of department, will be the fifth Suffolk police commissioner to oversee the investigation of the deaths.

RELATED: 3/24/21 The Unsolved Casefile: The Search for the Long Island Serial Killer